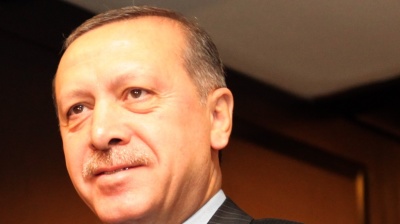 Many Turks are spurning the offer of cheap borrowing brought about by President Recep Tayyip Erdogan forcing down interest rates, thus threatening plans for a big economic rebound pursued by the Turkish leader, according to a Bloomberg analysis released on November 6.

Erdogan wants Turkey’s economy, sent into recession earlier this year following the summer 2018 lira crisis, to recover with growth of 5% in 2020.

But many Turks, uncertain about the future, appear to be cutting back on investment and repaying debt instead of taking on loans made cheaper by monetary easing that has seen 1,000 bp wiped off their country’s benchmark interest rate since Erdogan, unhappy at a lack of rate-cutting, fired the central bank governor in July.

“Pessimism is at an all-time high,” Halit Direkci, who owns a $10mn poultry business in western Turkey, was quoted as saying. “I am investing less these days and rather focus on paying back all the loans I have withdrawn. I don’t want to make new investments through borrowing any more.”

Despite a raft of tax cuts and financial incentives, shoppers in Turkey are spending less than they were a year ago, meaning some local firms are struggling to sell their goods.

Turkey’s purchasing managers’ index, which measures manufacturing activity, fell back into negative territory in October as companies scaled back production due to a drop in demand at home and abroad.

“The main issue is the lack of confidence in the economy,” Zumrut Imamoglu, chief economist at TUSIAD, Turkey’s largest business group, was quoted as saying by the analysis.

Revenue at shopping centres in Turkey rose by 3.5% y/y in September, the Council of Shopping Centres – Turkey and Akademetre Research said in a report published on November 5, as cited by Ahval. Inflation was reported at an annual 9.3% during the month, meaning spending in real terms fell, just as it has for the past year.

Loans in Turkish lira, when adjusted for inflation, hardly grew in the three months to September compared with the previous quarter, when they contracted by 3.2%, Bloomberg noted. Fixed capital investment has contracted for four-straight quarters. At the same time, corporates are reducing their stock of foreign loans and expanding their holdings of foreign exchange.

The Turkish central bank rewards banks that grow their loan books by between 10% and 20% annually. It penalises those who do not.

“It will be challenging to kickstart growth through the credit channel,” European Bank for Reconstruction & Development (EBRD) President Suma Chakrabarti said in an interview with Bloomberg. “Corporates and banks are very heavily leveraged compared to 10 years ago. So it’s not going to be easy to stimulate the economy though this mechanism.”

Turkey has become familiar with a worrying pattern in which it experiences low magnitude earthquakes more frequently than usual. Since last autumn, ... more

Four Turkish MPs, one from the governing AKP and three from the pro-Kurdish HDP, have been diagnosed as having coronavirus ... more

The French foreign minister on June 24 called on France’s European Union partners to hold urgent talks on the bloc’s future relations with Turkey. Paris and Ankara have this week exchanged tense ... more