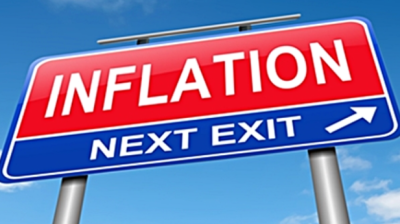 Due to this year’s high inflation levels in Belarus, Belarusian strongman Alexander Lukashenko yesterday decided to impose a ban on any further price increases in the country, effective immediately.

During a meeting between the president and his government on October 6, Lukashenko was outraged at his ministers for allowing the current high level of inflation in the country. According to Lukashenko, the food inflation was exacerbated by producers (often SOEs) who circumvent anti-inflationary legislation by slightly changing a product and then increasing its price. In this way, Lukashenko meant that producers were avoiding the various price caps set by Belarus’ Ministry for Anti-Monopoly and Trade.

Due to this, Lukashenko told the government that from October 6, “any price increases are prohibited. PRO-HI-BI-TED,” and warned everyone present not to disobey this order.

Inflation has been particularly high in sanctions-hit Belarus this year, causing many Belarusians to focus more on spending than saving. Ultimately, however, most Belarusians don’t even have enough money saved for more than a month.

Throughout the year, many Belarusians have left for the EU in order to escape political repression and the economic recession, hoping to find jobs in neighbouring EU countries like Poland and Lithuania.

During the meeting it was revealed that Belarus’ annual inflation rate is expected to come in at 19%. According to the chairwoman of Belarus National Statistical Committee, Inna Medvedeva, food inflation had contributed to a third of the country’s inflation level since the beginning of the year. Her suggestion was to introduce price controls throughout the entire domestic value chains starting from agricultural producers and ending with retailers.

Golovchenko did not believe that price regulation was the way forward and compared today’s problem with the successful price regulation in 2020-2021. He instead warned that too much regulation could have the opposite effect. Snopkov believed that the main focus was on economic growth. Snopkov noted that this year’s state intervention had stopped the decline in household incomes and claimed that real wage growth would be achieved in December.

During the meeting, Medvedeva and Snopkov brought up two important facts.

Medvedeva stated that the main reason for price increases according to manufacturers was the rise in prices for raw materials and fuels. Moreover, she pointed out that the “significant” import-dependence of certain manufacturers increased the impact of exchange rate fluctuations.

Snopkov in turn remarked that one of the factors leading to an increase in prices was the openness of the Belarusian economy and domestic producers seeking higher prices abroad, especially in Russia.

Lukashenko did not care for either of Golovchenko’s or Snopkov’s arguments. However, Medvedeva and Snopkov both drew attention to the real problem, the openness of the economy and rising world inflation.

Belarus has a large and highly internationally competitive agrifood industry. It’s not a coincidence that the largest price increases have been in meat and milk, which are the country’s most internationally competitive agrifood sectors. As bne IntelliNews previously reported, Belarus’ large increase in food exports to China this year could be contributing to domestic food inflation. Just as Snopkov remarked in the case of Russia, prices in China are likely to be higher, causing manufacturers to prioritise exports.

Domestic inflation in Belarus this year has likely been exacerbated by the fact that Belarusian imports have been decreasing across the board throughout the year, which has put a large strain on domestic producers trying to meet an increasing demand. However, Belarusian producers and retailers nevertheless continue to increase their imports from and exports to (for instance) Russia, where prices are higher. This increases their costs of production, while they also neglect the domestic market, causing higher prices in food stores.

The problem with global inflation is that it’s contagious, since domestic prices are necessarily influenced by price rises in the global value-chains that a country’s industries are tied into. Obviously, whether price controls are introduced throughout the domestic value-chains or not has no effect on price increases from international suppliers.

Lukashenko told Snopkov that “You are the First Deputy Prime Minister in Belarus, not in Russia”, implying that he was attempting to put the blame on someone other than himself. Indeed, Snopkov is not the First Deputy Prime Minister in Russia, which is one of the reasons why he can’t solve Lukashenko’s problem, since the inflation increase is constantly brought in from abroad.

However, there is one way in which both Snopkov and Lukashenko could help lower inflation. Just as Snopkov said, the focus should lay on economic growth; unfortunately, Lukashenko’s focus is on satisfying the immediate needs of his supporter base. This is what is preventing him from seeing how Belarus’ structural economic problems are increasing the inflation level.

For the last two decades, the Lukashenko regime has been prone to raising nominal salaries where there was in fact no corresponding productivity or production increase. Instead, the country expanded its imports and borrowed money from mostly Russia or China in order to cover its budget deficits. Now, since at least more than 100,000 Belarusians have left Belarus since February, and Belarus won’t be able to sell around $18bn of its exports either this year, there is hardly any productivity or production increase which justifies nominal salary increases.

Snopkov’s hunt for real wage growth is the correct approach, but as the sanctions' pressure mounts on Belarus he is unlikely to succeed. The regime’s continued solution to all problems – the raising of nominal salaries – is once again helping to spur inflation, as it has done many times before.

To conclude, two likely outcomes of Lukashenko’s ban on inflation are that 1: he will have to repeal it, or 2: SOEs receive huge subsidies from the latest $1.5bn loan which Lukashenko received from Putin, while smaller private producers go bankrupt. The case of number 2 is the more likely one, as it is in line with the Lukashenko regime’s traditional economic model.