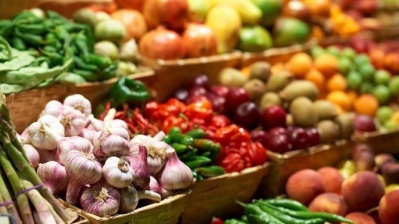 Today, as many independent Belarus analysts have remarked, the Minsk regime is attempting to reset the political climate in the country to what it was before 2020, when the Belarusian political reawakening began.

However, it’s impossible for the regime to make Belarusians think that everything is “normal”, that the whole world is in chaos except for the stable and secure Belarus, since mass political and economic emigration has reached a scale where it is clearly noticeable to everyone.

Hundreds of thousands of Belarusians left the country after the Minsk regime began its harsh political repressions in 2020. After Russia invaded Ukraine, partly from Belarusian territory, both domestic political repressions as well as the sanctions pressure on Belarus increased considerably. This left many Belarusians with bleak prospects of attaining a better living standard, and most Belarusians have instead seen their living standards slide this year amid soaring inflation.

In the first six months of 2022 Belarus’ GDP decreased by 4.2% year on year. The largest decrease was seen in the Minsk region, where GDP contracted by 7.8% y/y. By the end of the year, the Eurasian Development Bank expects Belarus’ GDP to contract by 6.5%, and inflation to reach 17%.

Belarus is a country with low salaries: the median salary is estimated to be around BYN1,000 (approx. $400). After paying taxes, the approximate amount of money left for the average Belarusian is $400. This can be put in comparison to Poland, where the average Pole has about $1000 (almost 2.5 times more) left after paying their taxes.

This low salary makes ordinary Belarusians spend a larger percentage of their income on food and housing then their post-Soviet peers. While the average salary in Belarus is approximately $600, it has also remained at this figure since 2005, while the dollar’s inflation during this period was 30%. Such modest salaries and salary increases make the currently high inflationary pressure within the country hard-felt for Belarusians.

According to the Belarusian website Belretail, Belarus’ ranked second among the countries in the world which have experienced the highest increases in vegetable prices this year, with an average rise of 33.4%.

While Belarusian state media keeps assuring that price increases are under control (see for instance this piece), Belarusians themselves view such statements as counter-indicators. This means that when state media attempt to assure Belarusians of price stability, Belarusians instead expect large price hikes.

Indeed, prices and production do not appear to be under control, as regular Belarusians report of a lack of meat and milk in stores as well as higher prices for sugar. To regulate inflation, Belarus’ Ministry for Antimonopoly and Trade (MART) has imposed numerous price regulations on various products together with Belarus’ Council of Ministers. Most recently, the Council of Ministers extended the need for a licence to export sugar out of Belarus, regardless of the sugar’s country of origin.

The Russian and the Belarusian ruble

The strong Russian ruble has greatly annoyed the Belarusian government this year and the MART has blamed the high inflation levels in Belarus on increased imports from Russia.

This year many Belarusian banks have been banned from SWIFT, and Western companies have been prohibited from trading with several large state-owned companies and even whole sectors of the Belarusian economy.

Due to this, the companies of the export-driven Belarusian economy have found it increasingly hard to find markets to offload their products, and also to find input products. As a result, Belarus has implemented a broad (and quite expensive) import-substitution programme with Russia where both countries buy and sell products to each other to ease the effects of Western sanctions.

Moreover, Belarusian Agriculture and Food Minister Igor Brylo said in an interview that his ministry is focusing its exports to Asia, Oceania and South America to diversify from the Russian market. According to Brylo, Belarus’ agricultural exports to China had expanded by 183% this year; and since January, Belarus had exported $3.5bn worth of agricultural products to these regions, which meant an export growth of 116-117% in monetary terms.

To some extent these exports also fuel food price inflation, especially since they concern the export of milk and meat. While Belarus is attempting to make up for lost exports in other sectors such as potash and petroleum products with its agricultural exports, this large export rise also fuels domestic inflation in food products.

The effects of this will probably be even more noticeable later this year. According to Brylo, his ministry aims to double exports by the end of the year to a total of $7.8bn. As Belarus has had a bad grain harvest this summer, it will be hard to keep increasing its meat exports when there will be less feed wheat to expand or maintain the current level of livestock.

As a result of the tumultuous changes to Belarus’ economy this year caused by the Western sanctions, the welfare of ordinary Belarusians has become heavily affected. Most noticeably, the equality gap is widening as poor Belarusians are becoming poorer, which bne IntelliNews reported on in June.

Food prices will continue to climb, and many Belarusians will not feel like there’s room for career development in a shrinking economy which is mostly connected to the equally shrinking Russian economy. As a result, many more will probably try their luck in the EU, especially in neighbouring countries Poland and Lithuania.

In the end, this downwards spiral in living standards is bound to continue as Belarus’ real sector and financial sector’s manoeuvrability shrinks further, regardless of the Minsk regime’s attempts at price controls.

Could casinos be a jackpot for Mongolia’s struggling economy?
1 hour ago
Africa rallies to Russia’s rescue as EU bans the import of oil products
4 hours ago
Kazakhstan: Swathes of land confiscated from Nazarbayev’s brother ahead of vote
1 day ago
Wolt couriers in Tbilisi go on strike
1 day ago
Jury still out on the effectiveness of the oil price cap scheme on Russian exports
1 day ago