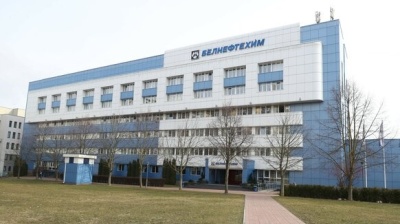 According to Rybakov, the two sides are looking to remove “all possible and impossible aspects, all controversial issues by the end of this year in order to have a fair copy of the treaty by the middle of next year.”

Belarus and Russia’s Union State programme was adopted in 1999 but few significant steps were taken until last year, when Lukashenko and Russian President Vladimir Putin “approved” all of the 28 union programmes.

The drawn-out process has been assumed by analysts to be due to Lukashenko’s unwillingness to accept certain Russian demands, such as an integration of the countries’ tax systems, implementing a common payment system and using the same currency. Instead, Lukashenko has been content with making slow and sometimes insignificant progress on the matter in order to appear loyal to the Kremlin and use the process to bargain for more favourable oil and gas prices.

However, in his latest statement, Rybakov also added that "the task is to have an intergovernmental agreement by the middle of next year. Fair conditions – they have something in common not just in our programme but in the tax sphere. So all programmes should be adopted as a whole.”

While Belarusian officials have made similar statements before, making analysts believe that they were in fact going to ratify and implement all of the union programmes, the political situation is very different this time.

The Belarusian regime has previously enjoyed a higher degree of independence from Russia and has for a long time performed a successful balancing act between the EU, Russia and the rest of the world.

But since 2020, Lukashenko has severed both his economic and diplomatic ties with the West and increased his dependency on Moscow to the point of no return. This was especially apparent to everyone when he allowed Russian troops to invade Ukraine from Belarusian territory on February 24.

Since 2020 the EU has been continuously reinforcing its sanction’s regime towards Belarus, and since 2021 it has also been increasing the sanctions pressure on some of the country’s key industries, one of them being the oil sector.

Because Belarus’ export industries are crippled due to the harsh Western sanctions, and since it has no one to lean on politically or economically but Russia, Rybakov’s statement sounds more probable this time and a common oil market treaty could indeed be ready by the middle of next year, or at least his statement is this time more probable to be sincere.

Belarus' oil sector has not had additional sanctions imposed on it by the West since the EU’s 6th sanctions package. However, the Belarusian oil industry has seen its export routes closed or marginalised by Western sanctions to the extent that it’s hard for it to deliver its output.

Furthermore, Belarus has lost one of its largest buyers, Ukraine, due to its own involvement in Russia’s invasion on February 24. Before the war, Belarus was Ukraine’s largest source for oil product imports and Belarusian products accounted for 41.9% of Ukrainian oil imports.

As bne IntelliNews reported on in July, Russia could increase its imports of Belarusian petrochemical products in the coming years, if it turns out to be profitable. However, the Belarusian refineries Naftan and Mozyr had both halved their processing already in April, most likely since there was nowhere to export Belarus’ refined oil products due to the Western sanctions.

Shortly after this announcement, Belarusian Deputy Prime Minister Yuri Nazarov told state Belarusian media that “In view of restrictions, including those based on sanctions, we've optimised oil refining at two oil refineries of ours in order to meet needs of the domestic market.”

On August 30, an official from the state-owned Belarusneft company told state Belarusian media that Belarus was planning to extract 1.8mn tonnes of oil in 2022, an increase of 70,000 tonnes from last year. According to the official, this was a part of the gradual increase in extraction volumes that had been going on for the past six years, which also “produces virtually no waste.”

One day later, Belarus reduced its export duties on oil and oil products in accordance with a resolution adopted by its Council of Ministers.

Considering the fact that Russia has more than enough of its own oil products, the halving of the Belarusian refineries' throughput and Yuri Nazarov’s statement in April, this decision is interesting.

It suggests that Belarus could be counting on finding a new market to offset its oil products (such as the Russian market) relatively soon and is therefore increasing production early while planning to start up its refineries later. It could also be the case that this output increase is merely for show, and the produced oil could be stored for a longer time, awaiting a more favourable export climate.