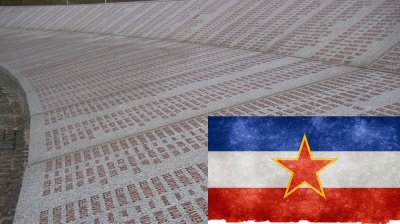 Montenegro’s parliament adopted in June a long-disputed resolution on the Srebrenica genocide, which provoked a deep crisis within the ruling coalition and worsened the already tense relations between Podgorica, on the one side, and Belgrade and Bosnia & Herzegovina’s Republika Srpska, on the other.

The resolution, which was adopted following a declaration acknowledging the Srebrenica genocide, has the potential to provoke an early election in Montenegro and to heat up the politically unstable region.

On the other hand, it placed Montenegro clearly on its pro-EU path, drawing a line between the new government’s supposed pro-Serbian and pro-Russian aspirations and its pledge to keep Montenegro’s Euro-Atlantic orientation.

More than 8,000 Bosnian Muslim men and boys lost their lives in the Srebrenica genocide during the bloody 1992-1995 Bosnian war. The killings were carried out by Bosnian Serbs under the command of Ratko Mladic, who was convicted of genocide by the Hague-based International Criminal Tribunal for the former Yugoslavia (ICTY).

The resolution, backed by some parties from the ruling coalition and by the opposition, confirms that genocide happened in Srebrenica and condemns it, banning denial of the genocide. Moreover, the parliament sacked pro-Serbian justice minister Vladimir Leposavic over his denial of the Srebrenica genocide.

The document also condemns attempts to blame any specific ethnic group for the genocide, stressing that responsibility can only be put on individuals according to rulings by the international courts.

It also says that with its adoption, Montenegro, as a full member of Nato, shows its commitment to European and Euro-Atlantic values.

Reactions to the parliament’s decision split politicians in the country and in the region, with some hailing it while others called it an attack on Serbia and its people.

To add to the tension, Montenegro’s Prime Minister Zdravko Krivokapic said that, in his opinion, the resolution proposed by his government was actually unnecessary as it deepens divisions and contributes to clashes in society. Krivokapic said that for that reason even Bosnia, where the genocide took place, has not adopted such a resolution.

11 NGOs welcomed the parliament’s decisions, saying that the country has reason to be proud as it is the only former Yugoslav state to dismiss a minister over denial of the genocide and that the adoption of the resolution, along with the earlier declaration, contributes to reconciliation in the region.

It was also welcomed by the US embassy to Montenegro. “The position of the United States on this issue is long-lasting and unwavering. This painful chapter of European history must never be denied or forgotten,” a US State Department spokesperson told Voice of America after the adoption of the resolution.

The Croat member of Bosnia & Herzegovina’s tripartite presidency was even more positive, saying that the adoption of the resolution was a civilisational act.

“I consider this a civilisational act particularly because of the fact that it forbids the denial of genocide. Bosnia & Herzegovina and Serbia must do the same,” Komsic said as quoted by Klix.ba.

However, his Serbian peer Milorad Dodik took the opposite position, saying that anyone who voted for the resolution is not welcome in Bosnia’s Serb-dominated Republika Srpska. This was not a surprise as Dodik is well known for his pro-Serbian positions and refuses to acknowledge the genocide. He openly supports Mladic and former Bosnian Serb leader Radovan Karadzic, both of whom have been convicted for the genocide by the ICTY.

In Serbia, the adoption of the resolution was widely criticised by political leaders. Serbia’s President Aleksandar Vucic claimed the Montenegrin parliament’s actions are harming the vital interests of the Serbian people.

“You purposely wanted to put a stigma on the whole people,” Vucic said, and accused Montenegrins of interfering with internal politics of other countries.

Serbia’s parliament speaker Ivica Dacic also reacted, accusing the current Montenegrin government of behaving like those led by President Milo Djukanovic’s Democratic Party of Socialists (DPS), now in opposition after 30 years in power. Dacic went even further, calling on the Serbian Orthodox Church in Montenegro to step in and help Podgorica to end the political crisis.

Belgrade’s statements provoked strong reactions in Montenegro with the foreign affairs ministry responding that no one can intervene in the country, which is independent.

“[S]uch and similar messages could be interpreted as a call to overthrow the state order in the country,” the ministry commented.

“The inadmissibility of such behaviour is best illustrated by a hypothetical situation and the inappropriateness should Montenegro invite a bishop of the Serbian Orthodox Church to "have fun" with the president of the National Assembly of the Republic of Serbia,” the ministry noted.

It also criticised Vucic’s efforts to “take care” of Serbians living in Montenegro.

“It is inappropriate and extremely wrong for Montenegrin citizens of Serbian nationality to be treated again as members and [under the] "care" of the Republic of Serbia. Montenegro is a state of all its citizens, without exception,” the ministry wrote.

Tensions between Serbia and Montenegro are not new and escalated when Montenegro’s previous government initiated a controversial church law that could have deprived the Serbian Orthodox Church of property in the Adriatic state. Although the current government cancelled the legislation, the two countries have still not warmed up their relations.

Meanwhile, the pro-Serbian Democratic Front, a member of Montenegro’s ruling coalition, once again withdrew its support for Krivokapic’s government and is demanding his resignation. In an attempt to resolve the political crisis, the leaders of the ruling coalition initiated meetings to renegotiate their coalition agreement. Although they seem far from achieving this, they indicated that a compromise might be possible in order to stay in power.

This article is part of a bne IntelliNews series marking the 30th anniversary of the start of the breakup of former Yugoslavia. Read other articles in the series at:

Big tech from a small country

‘Yugo-nostalgia’ fading but not gone