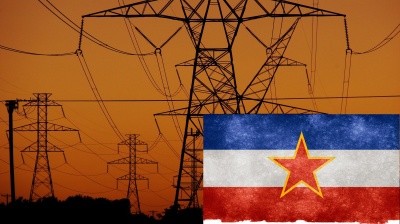 With the break-up of the former Yugoslavia, Sarajevo's Energoinvest — one of the largest and most successful Bosnian companies of all time — also fell apart. But the core of the company remains active in engineering projects in the region and further afield, and celebrates its 70th anniversary this year.

To give an idea of the scale of Energoinvest, before the war in Yugoslavia, it had a turnover higher than the entire budget revenues of Bosnia & Herzegvoina today. The Italian magazine Mondo Economico declared Energoinvest the fifth most successful company in Eastern Europe. Before the war, Energoinvest had 36 production plants, six mines, five factories under construction, a factory in Mexico, four scientific research centres, 31 representative offices abroad and 17 in the country. It was the largest exporter from the former Yugoslavia, and employed more than 54,000 people.

Energoinvest was established in 1951 on the basis of a small company named Energoprojekt. But, the economic miracle of Energoinvest, famously dubbed a “red capitalist” company, was achieved by Emerik Blum.

Blum was born in 1911 into a modest Sarajevo Jewish family. After studying electrical engineering at Prague university, he returned to Sarajevo as Europe was descending into war. In June 1941, he was arrested and sent to the notorious Jasenovac concentration camp run by the Ustasha regime in Nazi-occupied Yugoslavia. After three years, Blum managed to escape from the camp and joined the partisans in the National Liberation Army.

Post-WW2, Blum was involved in Bosnia’s reconstruction. He became the head of Energoivest in the late 1950s, and turned the small company into a vast conglomerate. Many successful Bosnian companies were part of Energoinvest, among them Oil Refinery, Aluminij Mostar, Birač Alumina Factory, Energopetrol Sarajevo and TAT Sarajevo.

It was also active outside Yugoslavia. As the country emerged as the leader of the non-aligned movement during the Cold War, Energoinvest also reached out to developing countries in particular.

In 1969, Blum shocked the communist leadership of Yugoslavia when he hired the US consulting firm McKinsey & Company to advise him in reorganising the company’s management.

The success of Energoinvest was best evidenced by the fact that everyone — including the international business press — wrote about it, from Newsweek and the Financial Times to Moscow Pravda. In January 1972, Energoinvest was visited by Gilbert Burck, a journalist for the American magazine Fortune, who was impressed by what he saw. In his text, he testified about a company that had a growth rate of 20% per year, with an annual income of $160mn, and spent $5mn-6mn on research, development and scholarships. Describing Energoinvest, he stated that the company was run by a “management genius”, Blum, adding that the company was a “brilliant improvisation” that resembles a system of private entrepreneurship with good management in a self-governing environment. The Financial Times described Blum as "the epitome of socialist business" and Energoinvest as “red capitalist”.

In 1981, Blum was elected mayor of Sarajevo, tackling issues that mattered to the local population such as traffic and air pollution. One of his final actions was to prepare the city for the 1984 Sarajevo Winter Olympics; he died later that year.

Less than a decade later, with the disintegration of Yugoslavia - Energoinvest also disintegrated. The companies that made up the conglomerate became separate companies after the war, during which many of its assets were demolished. Much of what was not destroyed by the war, was destroyed by privatisation. The remnants of Energoinvest were broken up into a lot of smaller companies which were then cheaply privatised, and most of these companies no longer even exist today.

Among those that survived, aluminium smelter Aluminij Mostar’s operations were shut down in July 2019 after it was disconnected from the grid due to its accumulated debts, and entered bankruptcy later that year despite interest from several potential investors. The Brod oil refinery, majority owned by Russia’s Neftegazinkor, was also forced to halt operations after a powerful explosion in October 2018 that killed one man and left several injured. However, the company ended 2020 with a net profit of BAM71.7mn.

Energoinvest itself continues to operate in the Southeast Europe region as well as Africa and the Middle East. It is currently working on the design and construction of transmission lines and hydro and thermal power plants primarily in Africa (Algeria, Libya, Tanzania, Egypt, Sudan, Ghana, etc.) and in the Middle East (Iraq, Iran, Kuwait, etc.). In addition, it has a factory in Mexico (Energomex) and produces electrical equipment there.

Among its projects are a contract signed in 2016 to build a $39.5mn power line in Tanzania alongside India’s EMC, and two projects for North Macedonia's power transmission company MEPSO alongside  Croatia's Koncar Elektroindustrija announced last year. However, it no longer has the grand scale of the socialist-era company.

It also owns a large office building in Sarajevo, where business premises are rented out today, including to the Bosnian Federation government. The government still owns 67% of Energoinvest's shares, but the company has been slated for a possible privatisation.

In April 2021, Energoinvest celebrated its 70th anniversary, at which director Bisera Hadzialjevic made the point that it is one of the few large companies that survived the war and its aftermath. Now hit by a new crisis in the form of the pandemic, Hadzialjevic  said the company will “continue to work and fight for new jobs, especially in obtaining more projects on the domestic market”, reported Klix.ba.

“Through its long period of business Energoinvest has undergone many transformations, changes in political and the social context, exceptional business successes, but also crises and difficult times. During all these years, Energoinvest confirms that despite all the difficulties, with good management, perseverance and knowledge, a successful company can be rebuilt and built,” Hadzialjevic commented.

This article is part of a bne IntelliNews series marking the 30th anniversary of the start of the breakup of former Yugoslavia. Read other articles in the series at:

Big tech from a small country

‘Yugo-nostalgia’ fading but not gone