You think the Kyrgyz kalpak hat’s goofy? Best keep that to yourself... 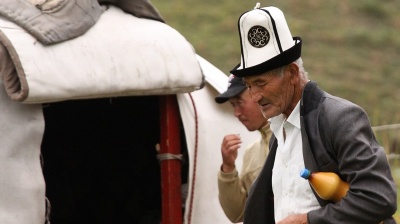 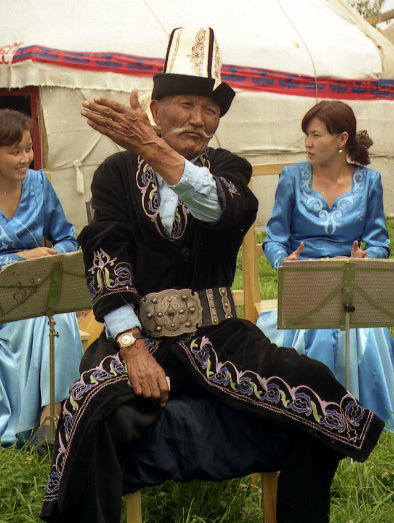 Kyrgyz lawmakers are widely expected to approve a bill elevating a traditional Kyrgyz hat, the ak kalpak (the "white kalpak", as seen in the picture of the Kyrgyz Manaschi above) to the status of national cultural symbol alongside the country’s coat of arms, national anthem and national flag within a few days.

If the move is approved, anyone showing any form of “disrespect” towards the felt hat could be forced to pay a fine or could even end up in jail for a year. The hat bill was drafted by lawmakers Ekmat Baybakpayev and Bakirdin Subanbeko following an incident in December 2017 when a pet owner presented their dog, a Shiba Inu, wearing a kalpak at a dog show. The occurrence apparently drew widespread public outrage and a protest.

The bill would also make it compulsory for the Kyrgyz president, prime minister, cabinet members and MPs to wear the hat during certain foreign and official events. There will be a recommendation that anyone representing Kyrgyzstan, including athletes, wears the kalpak during official ceremonies.

The bill expects the government to control the production, sale and export of the kalpak. Stipulations will include requirements that the hat is produced from “natural felt” and “pure wool”.

Kyrgyzstan officially celebrates Kalpak Day on March 5 with concerts and other public events. 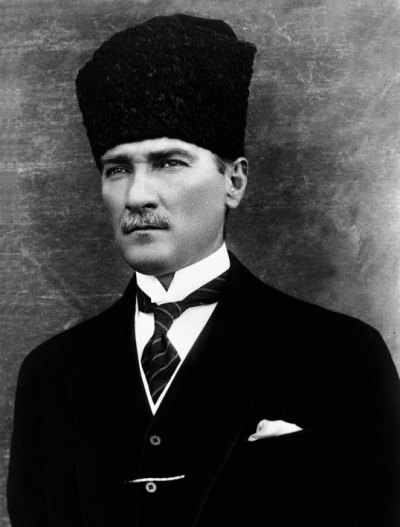 Kalpak variations are in fact worn by men throughout Central Asia and the Caucasus as well as in Turkey, Ukraine and the Balkans. Founder of the Republic of Turkey, Mustafa Kemal Ataturk (above), wore a Turkish-style kalpak.

The high-crowned cap is used to keep the head warm in winter and shade out the sun in summer. The brim can be turned up all the way round. The Turkic word kalpak is thought to stem from Karakalpakstan, an autonomous republic in Uzbekistan.

'Kalpak'd' backpackers
The kalpak is often sold as a souvenir to tourists, including backpackers visiting the small, mountainous Central Asian nation. Future sales should perhaps come with a warning about the dangers of mocking the merchandise.

Much of the Kyrgyz economy and many Kyrgyz household incomes rely on tourism. There are, for instance, nature tourism and the summer resorts at Issyk-Kul lake, with most tourists visiting the latter attraction arriving from former countries of the former USSR.

The European Union and the German Federal Ministry of Economic Cooperation and Development (BMZ) launched the Integrated Rural Development Programme in Kyrgyzstan’s Jalal-Abad Region in December 2018. The programme aims to improve income opportunities for the rural population by maximising the potential of the region’s tourism sector alongside agriculture.

In August 2018, Kyrgyzstan announced that it would be setting up a special police force to provide security for tourists. The move followed a similar announcement in neighbouring Tajikistan in response to a terrorist attack last July that resulted in the brutal deaths of four foreign cyclists, including two US citizens, and the injuring of three more.

Ensuring the security of the national hat might seem to be a matter that should be low down on the list of priorities for the Kyrgyz police, but anyone buying it as a "goofy" curiosity might be advised to keep that fact to themselves.

IMF to the rescue

Slump in remittances to be twice as deep in CEE/Eurasia as during Great Recession
IMF to the rescue
World Bank 2020 ‘COVID-19’ forecast sees Kazakh GDP shrinking, meagre growth in other ‘Stans’