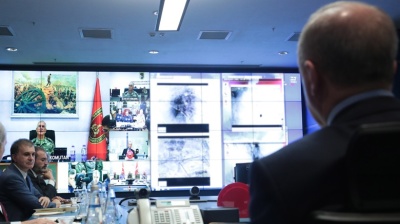 Leading US Republican senator Lindsey Graham said late on October 10 that he planned to bring forward a package of "devastating" sanctions to hit Turkey over its military operation in northeast Syria.

The Turkish lira remained steady as trading on October 10 got under way, losing just 0.01% against the dollar by around 09:15 Istanbul time. It fell around 1% on the first day of the operation, October 9.

Graham, though often a staunch ally to President Donald Trump, told Axios in an interview that the sanctions would strike the Turkish economy and military and that the Senate could find the votes to override any potential presidential veto. 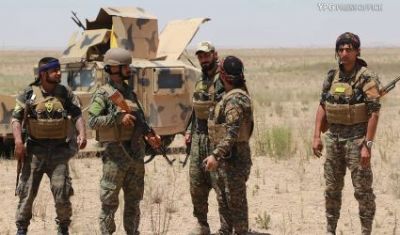 "Who the hell supports [Turkish President Recep Tayyip] Erdogan over the Kurds?" Graham said, predicting "a devastating ripple effect" from Turkish action in Syria and warning that Trump's decision to withdraw US troops and stand aside for the Turkish strike on Kurdish-led forces long allied with Washington in the fight against Islamic State in Syria was foolhardy.

"The president's doing this completely against everybody else's advice. He will get 100% of the credit if he knows something the rest of us don't. And he's going to get 100% of the blame. There'll be no middle ground," Graham said.

In a tweet on October 8, Graham warned Ankara of "sanctions from hell" if it moved into northeast Syria, referring to "wide, deep, and devastating sanctions."

Democratic US.Senator Chris Van Hollen said in a post on Twitter on October 9 that a bipartisan sanctions bill was being finalised.

Erdogan said “Operation Peace Spring” was under way to eliminate a "terror corridor" along the Turkish border. Ankara describes the Syrian Kurdish People’s Protection Units (YPG) militia as terrorists because of their ties to militants who have waged an insurgency in Turkey for three decades. The YPG denies any direct links.

"Erdogan is not our friend and Congress will push back. We're not giving Turkey a green light in Congress and we're not going to abandon the Kurds. If the president does so, we won't," Graham said in an interview on October 10 with Fox News Channel.

Speaking to broadcaster PBS in an interview, US Secretary of State Mike Pompeo insisted Washington had not given Turkey a green light to invade Syria and dismissed widespread concerns that the move could lead to a resurgence of Islamic State in Syria if the Kurds were dislodged. He added that Turkey had “legitimate security concerns” and that Trump made a decision to move American soldiers out of harm’s way.

Security council set to meet
Meanwhile, October 9 also saw Turkey tell the United Nations Security Council that the military operation would be "proportionate, measured and responsible". A closed-door meeting of the 15-member body to discuss Ankara's offensive will take place on October 10 at the request of the body's five European members, Britain, France, Germany, Belgium and Poland.

"As has been the case in its previous counter-terrorism operations, Turkey's response will be proportionate, measured and responsible," Turkey's UN Ambassador Feridun Sinirlioglu wrote in a letter to the council seen by Reuters.

"The operation will only target terrorists and their hideouts, shelters, emplacements, weapons vehicles and equipment," he wrote. "All precautions are taken to avoid collateral damage to the civilian population."

Turkey justified its action under Article 51 of the UN Charter, which covers an individual or collective right to self-defence against armed attack.