US government files official protest against the Czech digital tax 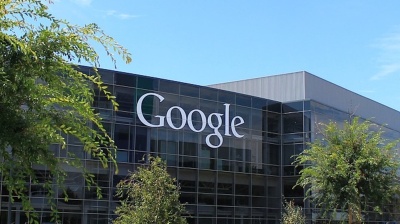 The US government has filed an official protest against the planned 7% digital tax in the Czech Republic, according to Foreign Minister Tomas Petricek, the Czech News Agency (CNA) reported on January 24.

The Czech Republic could face counter-measures by the US if it introduces the tax, US embassy spokesperson Eda Findlay said in a response to the decision of the Czech parliament to approve the new tax proposal in the first reading on January 22.

Petricek said that he understood the US position; however, “on the other hand, we are trying to explain that this step is only temporary until the international solution is found,” the minister added.

“The US government has clearly formulated its position on the topic of digital taxation. Ambassador King [the US ambassador to the Czech Republic] expressed this opinion in his December commentary and the US treasury secretary Steven Mnuchin also talked about this topic to the media this week at the World Economic Forum in Davos,” Findlay told CNA.

"While some argue that it will only affect some large companies, the reality is that it will mainly affect consumers, because companies will transfer it to their customers in the form of higher prices,” said King to daily Lidove Noviny last year.

Finance Minister Alena Schillerova stressed that the digital tax is a countervailing tax that corrects the current imbalance, as the internet giants do not pay taxes in the Czech Republic, which is unfair to other companies in the Czech Republic. She also confirmed that in the long term, the country supports finding a common international solution within the EU and OECD.

The proposal is now to be discussed by the Budgetary Committee. The government expects it to add about CZK5bn (€198.5mn) to the state budget annually.

If approved by the parliament, the tax would apply to IT companies with annual global revenue of at least €750mn and Czech revenue of at least CZK100mn. The digital tax will apply to revenue from select services, such as targeted advertising on the web, paid services on social networks such as Facebook, Google, Amazon and Apple, provision of user data or a shared economy such as Airbnb or Uber.

CEE hotel deals put on hold amid coronavirus pandemic
IIF forecasts a contraction of -1.4% in CEE, -1.3% in Russia, but Turkish growth remains in the black in 2020
Is the pace of outflows from EMs starting to slow?