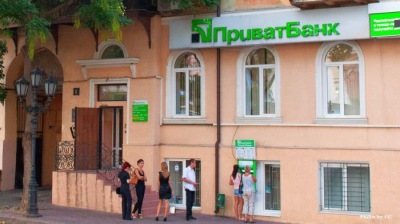 Ukraine’s banking sector remained impressively healthy throughout 2020 and finished the year on a high. The banking sector posted a sectorial profit of UAH43,365mn ($1.5bn), which was still down on the 2019 result, but on a monthly basis the banking sector recorded its highest month-on-month profit in four years of UAH6,302 ($223mn), according to National Bank of Ukraine (NBU).

The banking sector has benefited from the clean-up work carried out by the previous management under first former NBU governor Valeriya Gontareva, who took over the job in 2014, and then her successor Yakiv Smolii, who unexpectedly quit on June 2 in 2020 citing “systemic political pressure” as the reason for his departure.

On a m/m basis the bank sector was on course to have a second very strong year in 2020 until plans were derailed by the multiple crises. Bank sector started January and February well ahead of the results of 2019 but fell to nothing in March and the sector even posted a loss of -UAH5,174mn in June, similar to the losses it made in the same month in 2017 and 2018.

By the autumn banks were beginning to recover their feet and posted strong profits in September and October, but slowed again in November as the second wave of the coronavirus (COVID-19) pandemic got under way. While the December result was the best in four years, it was still meagre compared with the sector’s strongest months in February and March, when banks posted over UAH15,000mn in both months – almost three times the December level of profit.

Depending on how the pandemic plays out in the upcoming quarter, banks should be able to build up the momentum they were enjoying at the start of 2020 again and close the gap with 2019 results to outperform.

Profits are largely being driven by retail lending, which remained ahead of the last four years in nearly every month in 2020 at around UAH220,000mn ($7.8bn) a month, although lending in November and December in 2020 was very slightly down on the same months a year earlier.

Retail lending makes up about a quarter of total lending by banks, which is well behind other markets, where retail and corporate lending are usually on par, so the business still has plenty of growth room.

However, corporate leading has failed to recover and has been falling steadily since March 2019. There was a brief uptick in March 2020 as companies tapped banks for extra resources to cope with the unfolding double whammy of the oil price shock and start of the coronavirus pandemic, but by June corporate lending was falling again to end the year with UAH812,401mn of loans extended in December.

Corporate lending was running behind 2019 and 2018 all year in 2020 but by December it had even fallen behind 2017 levels of loans to companies.

The upside of the low level of corporate borrowing is that the banks have plenty of money from deposits to fund their operations and bank assets have continued to rise throughout 2019 and 2020 largely unaffected by the crises.

Non-performing loans (NPLs) remain the sector’s one unresolved headache, although progress is being made there too. As part of the clean-up operation the bulk of the NPLs have already been provisioned for, so they do not represent a systemic risk to the financial system, but bank managers are unwilling to unload the collateral they hold on a depressed market so they continue to carry these assets on their books.

The upshot is the pace of unwinding bad debt is very slow and the bank profitability is still not strong enough to retire debt quickly. Consequently a lot of capital that could be put to work remains locked up in the system.

Overall, the bank sector NPL ratio has been falling steadily and stepped down again to 42% of the total loan book in November. State-owned banks are the worst offenders with an average of 58% NPLs and PrivatBank, which was nationalised in 2016, is even worse off with three quarters of its loans (74.4%) impaired. 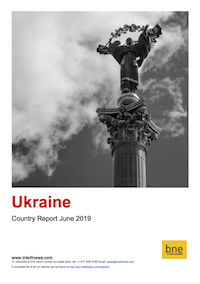 Or email sales@intellinews.com for more information or to ask for a trial

Romania’s public debt hits 50% of GDP at end-May
5 hours ago
Hungary's automotive industry continues to rebound in June
1 day ago
Russian GDP contracted by 4% y/y in the second quarter of 2022
1 day ago
Serbia’s annual inflation accelerates further to 12.8% in July
1 day ago
Poland’s CPI growth rate picks up just 0.1pp to 15.6% y/y in July
3 days ago