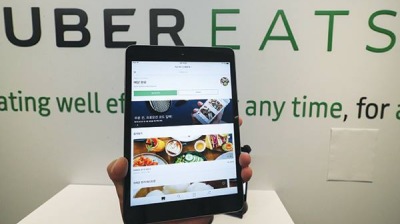 Uber Eats is going to pull out of all markets where it is not either number one or number two in terms of market share.
By bne IntellNews May 5, 2020

The express food delivery service Uber Eats is pulling out of all but its core markets in Central and Eastern Europe (CEE), the company announced this week.

“We have made the decision to discontinue Uber Eats in Czech Republic, Egypt, Honduras, Romania, Saudi Arabia, Ukraine and Uruguay, and to wind down the Eats app and transition operations to Careem in UAE,” a Uber spokesman said in a press release.

Uber Eats will close its Romanian operation on June 3, the company said on May 4.

“While we are sad that Uber Eats is leaving Romania, we are committed to continue serving our communities here through our Uber Rides business. Our number one priority now is to minimise the impact on the valued employees, restaurant partners, delivery partners and consumers who have supported us,” the company said in a press release, as cited by Start-up.ro.

Uber Eats was officially launched in Romania in mid-May 2018 and is available in three cities: Bucharest, Timisoara and Iasi. The company said that its decision to scale back its ambitions is not a response to the current coronavirus (COVID-19) crisis but a realignment to improve profitability. The company will only stay in markets where it is already number one or two in terms of market share, or can see a “clear path to becoming number one or two.”

Express food delivery has got a fillip from the regionwide lockdowns as populations across the region are forced to stay at home. However, the crisis also means average incomes will almost certainly fall and unemployment rise as the entire region is facing the possibility of recession in the coming year or longer.

Uber Eats has not made any changes to doing business in Poland and will continue to develop the platform in this market, the Uber press office said in an email to Bizblog.pl.

The Polish branch of the company emphasised that "Uber Eats has expanded its operations to other cities such as Olsztyn, Czestochowa, Chorzow and Ruda Slaska only recently,” and intends to continue to grow its Polish business.

"In the coming months, the company will continue its expansion and invest in co-operation with restaurants and delivery partners throughout the country, so that more and more users of applications in Poland will be able to order their favourite dishes and discover new flavours thanks to the Uber Eats platform," the company said.

The Polish express food delivery market is particularly vibrant, with a number of companies competing for the same customers, including Pyszne.pl, PizzaPortal, Glovo, Wolt and Bolt Food.

By June 4 Uber Eats will also leave Ukraine, which is still in the midst of an expanding coronavirus epidemic and has the lowest income levels in the region, bar Moldova.

According to Uber's Securities and Exchange Commission (SEC) regulatory filing, "These decisions were made as part of Uber’s ongoing strategy to be in first or second position in all Eats markets by leaning into investment in some countries while exiting others."

The regulatory filing explained what Uber plans to do with the savings, "The discontinued and transferred markets represented 1% of Eats Gross Bookings and 4% of Eats Adjusted Ebitda losses in Q1 2020. Consistent with our stated strategy, we will look to reinvest these savings in priority markets where we expect a better return on investment," the company said in its regulatory filing with the SEC.

This is not the first time that Uber has left a market where it is not the market leader. In January, the company announced it had sold its food delivery business in India to Zomato, one of the biggest food apps in the country.

"Our Uber Eats team in India has achieved an incredible amount over the last two years, and I couldn’t be prouder of their ingenuity and dedication. India remains an exceptionally important market to Uber and we will continue to invest in growing our local Rides business, which is already the clear category leader. We have been very impressed by Zomato’s ability to grow rapidly in a capital-efficient manner and we wish them continued success," Uber CEO Dara Khosrowshahi said at the time as cited by Forbes.

Russia remains a key market for the company but it has not been big enough to go it alone and has teamed up with Russia’s internet powerhouse, Yandex, the most valuable tech company in Europe.

Yandex NV, Russia’s largest search engine, bought local food-delivery firm Foodfox to expand its tie-up with Uber Technologies Inc. in 2017 and the partners have been investing heavily in recent years to maintain their market share.

Uber agreed in July 2017 to merge its taxi business in Russia and Commonwealth of Independent States (CIS) with Yandex.Taxi into a $3.7bn joint venture to be controlled by the Russian company, as it battles across the globe with local car-sharing and food-delivery startups. The deal, approved by the Russian antitrust service, included Uber Eats, a spinoff of the taxi business.

The venture’s food delivery division will be headed by Foodfox founders Maxim Firsov and Sergey Polissar, Yandex said in a statement at the time.

Foodfox already worked with over 2,000 restaurants in Moscow and the combined company has continued to expand its partnership network over the last two and half years.

Uber Eats offers food from “several hundred” restaurants in Moscow as well as delivering McDonald’s orders under a global contract.

However, like the Polish market, the Russian food delivery business is very competitive. Uber Eats has to compete with market leader Delivery Club that is owned by Mail.ru Group, which has contracts with companies such as Burger King, Dunkin’ Donuts and Subway.