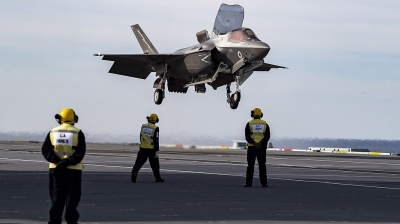 The US sanctions levied this week against Turkey’s defence procurement industry can do “real damage”, according to the director of defence research at Istanbul-based think tank EDAM.

Some analysts assess the sanctions as “softball” as they do not target Turkey’s banking system or economy, but Can Kasapoglu told Reuters on December 15 that the measures—targeted at arms procurement and development body Defence Industries Directorate (SSB), its chairman Ismail Demir, his deputy and two officials responsible for air defence systems—may cause some vexing complications.

The SSB, while increasingly independent, relies on international cooperation for critical research, development and design in some of its hundreds of weapons projects, said Kasapoglu, noting: “It is right at the epicentre of this defence transactions complex [and] sanctions targeting its export licences can do real damage.”

Third parties, he added, may now hesitate to deal with a “sanctioned entity”.

Responding to the sanctions activated against Turkey by the US, a fellow Nato member, Turkish President Recep Tayyip Erdogan, in a televised address on December 16, said: “What kind of alliance is this? What kind of partnership is this? This decision is an open hostile attack against our country’s sovereign rights.”

“The real goal is to block the advances our country started in the defence industry recently and to once again render us absolutely dependent on them,” he added.

The US has introduced sanctions against Turkey because Ankara last year went ahead with the acquisition of Russian S-400 missile defence systems that could, for instance, jeopardise the performance data of the world’s most advanced stealth fighter jet, the F-35, thus exposing Nato member countries’ defences. Turkey is the first Nato partner to be targeted with the Countering America’s Adversaries Through Sanctions Act (CAATSA) legislation.

It is thought that the sanctions, applied with the sign-off of US President Donald Trump just weeks before President-elect Joe Biden is due to take office, could affect contracts worth $1.5bn to $2.3bn, around 5% of US-Turkish trade.

However, part of last year’s initial response to Turkey’s decision to acquire the S-400s, namely the scrapping of the delivery of ordered F-35 aircraft to Ankara, could end up causing Turkey more problems than the CAATSA move. Turkey needs to add a fifth generation fighter jet to its air force to keep up with technological progress when it comes to combat in the skies but has so far not been able to identify a satisfactory alternative to the 100 F-35s it had on order, at the same time that regional arch-rival Greece is moving ahead with its planned acquisition of the aircraft. If Turkey were to go for the Russian alternative, the Sukhoi Su-57 stealth fighter jet, which Erdogan viewed at an air show in Russia in the autumn last year, then it would almost certainly find itself in hot water with the Biden administration.

Turkey is also being kicked out of the F-35 manufacturing and development programme, but the timescale for shutting down Turkish manufacturing and provision of F-35 components is not clear because of the difficulties in smoothly switching production to other countries. The CAATSA sanctions do not cancel existing US defence contracts with Turkey or prevent either side procuring parts for the F-35 or spare parts for Turkey’s F-16 jets.

On December 15, SSB head Demir told Turkish state-owned news service Anadolu Agency: “We expect this [sanctions move] will not influence our relations much. We [Turkey and the US] are Nato allies. As they themselves said, there is cooperation with Turkey in many areas. We and they expect this to continue.”

The sanctions also restrict US loans and credits to SSB, although that is not seen having a significant impact.

While Turkey has ambitious plans to become self-reliant in defence manufacturing, its production of military hardware remains heavily reliant on components licensed by Western defence companies.

Another worry on the horizon for the Turkish defence industry is that last week German Chancellor Angela Merkel said that, in light of disagreements between the bloc with Turkey over its foreign policy and other issues, the EU planned to discuss the matter of arms sales to Turkey with the incoming Biden administration.