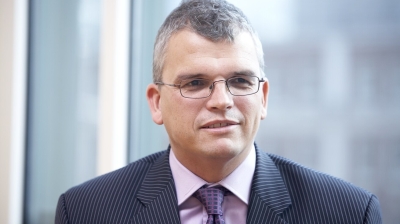 Well-known Emerging Europe commentator Timothy Ash makes the argument that putting sanctions on Russia's primary debt issues would be one of the most effective ways to getting the Kremlin to change its behaviour. / Wiki
By Tim Ash of BlueBay Asset Management March 18, 2021

The simple answer is no. Indeed, it’s the logical next step.

It’s kind of interesting but when the question comes up about sanctioning Russian sovereign debt, the Russian influence lobby always comes out with the view that this is such a terrible idea, and a big hurdle to cross.

I absolutely disagree with this point of view (only 20+ years of experience investing in Russian fixed income markets) and for a number of reasons: First, usually the argument is put that this is the nuclear option, and that the US Treasury needs to hold this in reserve to be used in the future against new Russian malign actions.

This kind of ignores the point that there are gears within the gears when we think of the sanctions regime, and sanctioning sovereign debt in particular. Remember here that the US Treasury has already sanctioned primary USD debt – so US institutions cannot participate in new longer-term borrowings by the Russian sovereign. But secondary trading in dollar debt has not yet been sanctioned; neither was primary or secondary ruble debt. So that means there are still three gears to go through here: first sanctioning primary ruble debt, then sanctioning secondary dollar and then ruble debt. So even if the Treasury did the logical step of sanctioning ruble primary issuance, it can still further escalate down the line by sanctioning secondary dollar and then ruble transactions. I admit the latter two would be more nuclear or extreme options as they would lock in investors, as has been the case with some Venezuela actions.

Second, I don’t think sanctioning primary ruble at the next step particularly hurts or disadvantages US institutions. You are not locking them into their positions, as secondary trading is not sanctioned. They don’t have to sell down their positions at a loss. But arguably by moving through the gears, going from sanctioning primary dollar, then with ruble you are giving a clear signal that maybe they should think of reducing their Russian positions. You suggest they should be asking themselves if they should be holding the debt of a sovereign undertaking malign action against the US. But by going through the gears, you crank up the gears and show intent, and direction of travel, and you heap pressure on Russia to change behaviour. Stopping one or two gears short of the nuclear option shows that you don’t really want to use the nuclear option. And as with nuclear deterrents, it’s the threat and willingness to use them that actually makes them deterrents. Think of sanctioning primary ruble issuance as moving Tomahawks to Greenham Common (I am showing my age there).

And surely the US should be sending a signal to US institutions that it’s not a great idea if they are financing US adversaries, and indeed by sanctioning dollar and then ruble primary issuance you are closing off this channel anyway.

Third, it’s hardly nuclear, as the US has already sanctioned dollar primary. The expectation surely is that ruble primary is next. If investors don’t get this, where have they been for the past five years or more? Fourth, the argument that sanctioning sovereign debt somehow undermines the dollar’s position as a reserve currency surely no longer holds, as the US Treasury has already sanctioned primary dollar issuance. It has already done that – taken that hit. Now going on and sanctioning ruble primary, arguably you undermine the ruble's potential position as a rival reserve currency, not the dollar.

Fifth, in many respects sanctioning ruble primary debt would be an easier/simpler but more headline-grabbing action than going down the route of sanctioning oligarchs or corporates and financial entities which, as with the Rusal designation, can have unexpected consequences. The ruble sovereign market is very compact, with limited strings attached. We know the share of foreigners and US investors in the market, and hence potential blowback is limited. Herein we are talking of a few tens of billions of dollars which, as noted above, would not be locked in, but encouraged over time to exit in an orderly process.

So this suggests sanctioning Russian primary sovereign is low-hanging fruit, and actually one of the easiest, most effective and impactful of the potential actions which the US Treasury could undertake.

Sixth, and perhaps just labouring the point, but why are US public sector pension funds still allowed to invest in Russian sovereign debt? Why are pension funds of teachers, firefighters, police, State department, defence department employees able to invest in Russian sovereign debt, and fund the Russian budget – the budget of a sovereign undertaking malign action against the US? These monies are fungible, and are sent to fund the operations of the GRU, the SVR, FSB, et al. Why is nothing done about this? Seventh, further sanctioning Russian sovereign debt, likely by sanctioning primary ruble debt as the next step, will impose a cost on Russia but will not crash the Russian economy. By reducing the investor base for ruble debt it will push up borrowing costs, but Russia has other options, including tapping ample domestic liquidity in the banking sector and drawing down liquidity in the National Welfare Fund (NWF). Higher borrowing costs will further crimp real GDP growth, which actually has been the main impact of sanctions imposed already – I estimate something in the order of 1% of GDP off growth since 2014.

Tim Ash is the senior sovereign strategist at BlueBay Asset Management in London. This comment first appeared in an email to his clients.

PANNIER: Uzbeks, Kyrgyz cooperating to level unthinkable 10 years ago
2 days ago
PANNIER: A very Turkmen coup
6 days ago
OPINION: Bulgaria sets itself a tough task with Burgas-Alexandroupolis pipeline revival
10 days ago
NEMETHY: Is Ukraine War the beginning of World War III?
10 days ago
RIDDLE: The Russian army in 2023
11 days ago