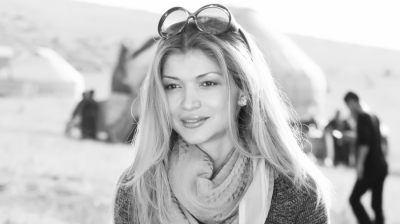 Lars Nyberg, a former CEO of Telia, went on trial in September over allegations $350mn was paid to Gulnara Karimova (pictured), in return for “protection” from the Uzbek government and access to Uzbekistan’s 3G and 4G telecoms market.
By bne IntelliNews December 6, 2018

Nordic telecoms operator Telia has sold its direct holding in Uzbekistan's Ucell to the Uzbek government for $215mn on a debt free basis, as part of its strategy to exit its Eurasian businesses, the company said on December 5. Ucell became corruption-tainted during a major bribes-for-licences scandal that last year resulted in massive fines.

Telia is streamlining its operations to focus on growing its core Nordic business—it previously exited another Central Asian country, Tajikistan, in 2016 and sold its Georgia subsidiary Geocell in January this year.

The company announced it was pulling out of Central Asia amid an international investigation, in which Telia, as well as Russian companies VimpelCom (later renamed VEON) and MTS, were accused of paying hundreds of millions of dollars in bribes to win licences for the Uzbek market.

In September 2017, Stockholm-based Telia and its Uzbek subsidiary Coscom LLC agreed in the US to pay a global foreign bribery penalty amounting to $965mn to resolve charges related to the bribes.

Telia, along with VimpelCom and MTS, were pursued by prosecutors for bribing entities connected to Gulnara Karimova, the now disgraced eldest daughter of late Uzbek President Islam Karimov, to win licences to operate 3G and 4G services on the Uzbek mobile market. VimpelCom was fined $795m by US and Dutch authorities for the bribes it paid in Uzbekistan. Telia gave over $331mn in bribes to an Uzbek official between 2007 and 2010, according to US prosecutors. Telia’s settlement included $548mn in criminal penalties split between the US and the Netherlands and another $457mn for disgorgement of profits to the US Securities and Exchange Commission (SEC).

Lars Nyberg, a former CEO of Telia, went on trial in September over allegations that $350mn was paid to Karimova, in return for “protection” from the Uzbek government and access to Uzbekistan’s 3G and 4G telecoms market.

The deal to sell the Ucell stake was expected to result in a gain of about $44mn before reclassification of accumulated foreign exchange losses to net income from discontinued operations, Telia said. Telia’s now sold Uzbek subsidiary started operating in Uzbekistan under the brand of Coscom in 1996 and was later renamed as Ucell.

ING stung by the probe
Also in September this year, Dutch bank ING agreed to pay fines and other payments worth €775mn for “serious shortcomings” in executing policies that would prevent financial crime. While Dutch investigators found no evidence of ING helping its customers in potential criminal activities, prosecutors detailed several examples where ING accounts were used in committing crimes. They included the transfer of “bribes worth millions of dollars [by VimpelCom] via its bank accounts with ING to a company owned by the daughter of a former Uzbek president".

The Amsterdam-based bank said it regretted mistakes that allowed customers to use their accounts for money laundering and corrupt practices between 2010 and 2016. It was fined €675mn and agreed to pay another €100mn as a disgorgement payment.