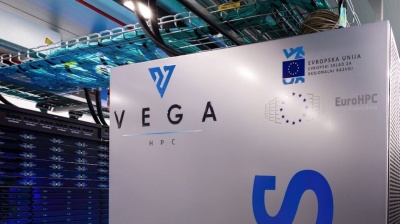 Vega went online in a high-level ceremony in Maribor. The system was completed by local company Atos. Vega supercomputer was jointly financed by EuroHPC JU through EU funds and the Institute of Information Science in Maribor (IZUM). The value of the joint investment is €17.2mn.

It is the first in a series of eight planned high-performance computing (HPC) centres in the EU.

"The Vega supercomputer will have indirect profound effects on our lives. It will enable scientists to invent new materials and components, it will help them model global phenomena, and develop new medicines and medical therapies in the fight against cancer or Alzheimer’s disease,” Slovenian PM Janez Jansa said in the statement.

Vega is an Atos BullSequana XH2000 infrastructure, which will execute more than 6.9 Petaflops or 6.9 million billion calculations per second.

The supercomputer will enable Slovenian and European scientists to cooperate in large international projects and support the development of applications in science, public sector, and industry, especially in the fields of machine learning, artificial intelligence and high-performance data analytics.

“We are celebrating today the launch of the Vega supercomputer – the first of several," said Margrethe Vestager, European Commission Executive Vice-President for a Europe Fit for the Digital Age. "Supercomputing will open new doors for European SMEs to compete in tomorrow’s high tech economy. Even more importantly, by supporting artificial intelligence to identify the molecules for breakthrough drug treatments, by tracking infections for COVID and other diseases, European supercomputing can help save lives.”