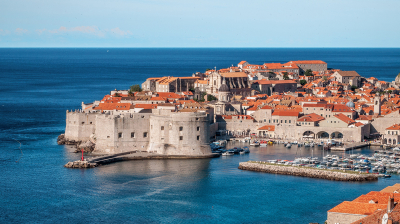 Both Slovenia and the UK decided on August 20 to put Croatia on their lists of countries which are considered risky for the spread of coronavirus (COVID-19).

The two countries are both important source countries for tourists visiting Croatia, and the foreign ministry of Germany — the top source country — issued a warning the same day against travel to the regions of Sibenik-Knin and Split Dalmatia, two Croatian regions that are popular with tourists.

Croatia recorded more than 40 infections per 100,000 inhabitants on August 19, which is the reason it was placed on Slovenia’s red list. Slovenian government spokesperson for COVID-19 Jelko Kacin said a few days ago that according to data on the number of imported coronavirus infections from Croatia in the last two weeks measures should be taken to limit these imports.

Other countries are now considering their response to the increase in new infections in Croatia, which has been linked to the spread of the virus in nightclubs. The average age of those infected recently is around 31.

Croatia had until now enjoyed a much better than expected tourist season after opening its borders to foreign visitors.

More than 1mn tourist arrivals and 7.2mn overnight stays were reported in Croatia in the first nine days of August alone, according to preliminary data from the eVisitor system quoted by the Croatian National Tourist Board (CNTB). The figures are around 70% of the 2019 level.

International financial institutions have predicted Croatia will experience one of the deepest slumps in GDP this year across the emerging region. However, Economy Minister Tomislav Coric said on August 20 that the GDP decline would be smaller than previously projected. The previous day, Minister of Finance Zdravko Maric said that data on fiscal receipts in July and the early part of August also showed a slightly better picture than originally expected.

Now, however, it will be a dash to the borders and airports for holidaymakers from Slovenia and the UK, and their decisions to impose quarantine for arrivals from Croatia will dent confidence in the country as a safe destination despite Zagreb’s assurances. This is bad news for the Adriatic country where tourism accounts for a substantial share of GDP.

After London announced it was adding Croatia, Austria and Trinidad and Tobago to its quarantine list, any travellers from those countries arriving in the UK after 4am on August 22 will have to self-isolate for 14 days, British Transport Minister Grant Shapps said.

“Data shows we need to remove Croatia, Austria and Trinidad & Tobago from our list of #coronavirus Travel Corridors to keep infection rates DOWN,” Shapps tweeted.

Meanwhile, the UK has removed Portugal from its quarantine list.

Slovenians who are still on holiday in Croatia have until midnight on Monday to return home without a need for a 14-day quarantine, Interior Minister Ales Hojs said.

He added that authorities wanted to avoid crowds on Saturday and Sunday on border crossings, but called on citizens not to decide to return at the last minute and thus miss the deadline.

However, Slovenia expects that the situation in Croatia to improve in the next two weeks and if the number of infections starts to fall on a weekly basis the authorities will remove the quarantine requirement.

Hojs also advised those planning a holiday in Greece to pay attention to the situation. Slovenia removed Greece from the green list, and put it on the yellow list, but if current trends continue, it could be put on list of risky countries in a week or two.

Germany’s travel warning was issued after imported coronavirus cases rose to account for 39% of total new infections in the country this week, up from around 30% last week, Reuters reported. Arrivals from Croatia were the third-highest number of infections among people returning to Germany, after Kosovo and Turkey, the newswire reported quoting data from the Robert Koch Institute for infectious diseases.

CNTB director Kristjan Stanicic said on August 20 that tourist traffic will certainly be affected by Germany's decisions to put two Croatian counties on its risk list.

"We know how important the German market is for Croatian tourism, from which we have achieved 3.6mn overnight stays so far in August alone, which in the current circumstances is an excellent 93% of last year's result. Therefore, I once again appeal to [everyone to] adhere to all prescribed epidemiological measures. At this moment, this is the basic precondition for further realisation of tourist traffic in the country,” said Stanicic.

The UK is only the 12th largest source country for travellers to Croatia this year, as traffic has dropped to around 16% of last year’s level. Stanicic noted that it had been almost impossible for British citizens to travel to Europe until mid-June.

However, the CNTB’s representative in the UK Daria Reic expressed hope that London might reconsider, given that the British are “not at all enthusiastic about their government's decision … public opinion is such that no one wants to go into a 14-day quarantine.”

"We have seen in recent days that the list of safe countries for the UK is shrinking considerably, so it is certain that the British government will try to find a solution, an alternative to 14-day quarantine, and that could be, as they mention, testing within five days from [returning from] abroad to the UK,” said Reic.

COMMENT: Why the Balkan region should be on investors’ radar screens
US pledges up to €1bn for EU's eastern Three Seas region
Soaring COVID-19 cases in parts of Central and Southeast Europe force governments to impose new restrictions