Russians are ashamed of the “eternal poverty” of their country 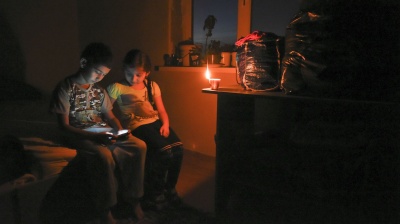 Children reading by candlelight during a powercut in Crimea after the Russian annexation.
By bne IntelliNews January 17, 2019

Russians are ashamed of the “eternal poverty” of their country. The collapse of the Soviet Union and the loss of superpower status was a humiliating experience, which President Vladimir Putin has played on with actions like the annexation of Crimea and the war in Syria, to restore some sense of national pride.

However, a poll from independent pollster the Levada Center this month found that Russians continue to be ashamed of their “eternal poverty” and living standards that are behind many of the countries of the developed world.

The events which Russians have the greatest pride in are all fading into history: 87% of respondents said victory in the Great Patriotic War (WWII), 50% of respondents are proud of the country's leading role in space exploration, while 45% named the return of the Crimea as the modern event in which they have the most pride.

Stabilisation of the country's position under the current president of Russia, Putin, causes a sense of pride in 18%, slightly more than those who named the struggle of Russia against the Tatar-Mongol invasion, 16%.

For the “eternal poverty and insecurity” of Russia, a sense of shame is experienced by 61% (in 2015 — 56%) of the respondents. Similar feelings towards the collapse of the USSR were expressed by 45% (28%). Another 37% (31%) of respondents are ashamed of rude manners, rudeness, and disrespect for each other, and 9% were ashamed of Putin’s coming to power (against 1% three years earlier).