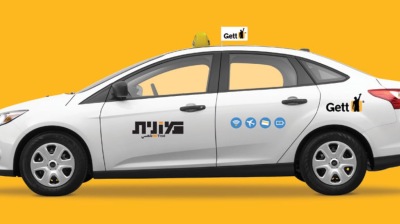 MTS is in talk to acquire a stake in mobile taxi ordering service Gett but the two sides can't agree on a price
By bne IntelliNews June 18, 2019

Reportedly, Gett also discussed a partnership with internet major Mail.ru, but could not settle on a price for the deal. Mail.ru reportedly valued Gett's Russian business at $150mn, while Gett saw the valuation at $450mn-600mn.

Another option included transferring Gett's business in Russia to Sberbank as part payment for an outstanding debt; according to previous reports in 2016 Sberbank granted the company $100mn loan.

Commenting on possible acquisition of Gett by MTS, BCS Global Markets wrote on June 18 that "in general, we do not think it makes sense for MTS to tie up with a taxi business, which requires significant investments and has no clear synergy with telecom business." BCS GM has a buy recommendation on MTS shares with target price of $10 per share and implied $18 upside.

Uralsib Capital on June 18 reminded that MTS already tried to enter online taxi market setting up MTS Taxi in 2017 jointly with Citimobil aggregator, but later shut down the project. The mobile operator is aiming to expand its digital services portfolio, such as acquisitions of Ticketland.ru and Cuture Services ticketing services, and YouDo freelance employment portal.

MTS also reportedly considering buying Russia's leading online cinema ivi, but no details on the deal have yet followed.

The strategy of digital expansion is justified, but its "efficiency will depend on the quality of acquired assets and entry prices, while large-scale investments are risky," Uralsib warns. The analysts are alarmed by the persistent risk of delisting MTS ADRs in New York, but confirm a Buy recommendation for the shares.

MTS, an anchor asset of AFK Sistema multi-industry investment conglomerate, posted 14% year-on-year net profit growth for the first quarter of 2019. The bottom line was supported by organic growth, the consolidation of MTS Bank, and a real estate deal in Russia for an undisclosed amount.

Previously in the fourth quarter MTS posted solid results in both Russian and Ukraine, and pleased the market with dividend guidance promising over 10% dividend yield.

YUGOSLAVIA 30 YEARS ON: Big tech from a small country

Russia’s largest online retailer Wildberries has launched direct sales from Belarus, Kazakhstan and China to Russian consumers, the company said in a statement on June 23.

Ljubljana presents first measures to digitalise public services with the aim of improving the efficiency of the public administration in line with the EU’s digital agenda.

YUGOSLAVIA 30 YEARS ON: Big tech from a small country

Croatia, with a population of just over 4mn, has seen the emergence of a slew of high-tech champions in the fields of IT software, hardware and electromobility.