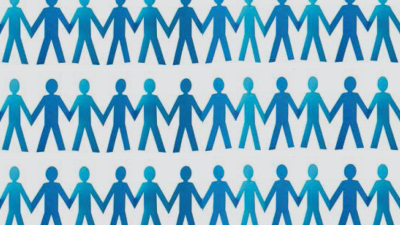 The Russian government is still hot on the idea of using blockchain and cryptocurrencies in the financial sector as a draft digital law takes share / bne IntelliNews
By Vladimir Kozlov in Moscow February 27, 2019

The hype surrounding blockchain and cryptocurrencies is subsiding, but the Russian authorities are still hot on using the technology and digital assets in the country's financial system.

Since blockchain and cryptocurrencies were first seriously discussed by senior Russian officials and legislators over a year ago, their attitudes towards the underlying technology have been mostly ambiguous or extremely cautious. The most ardent enemies of cryptocurrencies totally dismissed them as a "fraud."

Last year, the State Duma, the lower chamber of Russian parliament, attempted to adopt a law on digital assets that would create a legislative basis for the use of crypto in Russia.

However, the draft law, adopted in the first reading, was criticised by the crypto community as too restrictive, and the legislators began dragging their feet when it came to amending the draft in a crypto-friendlier way.

The draft has been under revision for months, and, until very recently, its approximate adoption date was anybody's guess.

But this January, the legislators pledged to quickly consider and adopt a number of drafts, including the digital assets law, finally opening up avenues for crypto use in the economy.

As a positive step, the definition of digital financial assets in the pending law has already been revised to include all digital rights on the blockchain, according to Anatoly Aksakov, head of the Duma’s financial markets committee, who stressed that the amendment is set to make the legislation crypto-friendlier.

The draft’s previous version mentioned only tokens, leaving out smart contracts or other blockchain-related digital rights.

The government apparently has no problem with the new wording, Deputy Finance Minister Alexei Moisseev told RBC, adding that the blockchain industry had recently changed "for the better" and cryptocurrencies should no longer be considered as dubious financial tools.

Now, the crypto law is expected to be adopted within weeks.

In another sign of the Russian authorities' warming up to crypto, Prime Minister Dmitry Medvedev, a known fan of digital technologies, advocated cryptocurrencies despite the volatile period they are undergoing.

Speaking at a local economic forum in late January, he stressed that the bear market, which has pushed down the value of many crypto assets, is not yet a reason to “bury” cryptocurrencies.

Adding more urgency to the issue of crypto and digital legislation, Valentina Matviyenko, speaker of the Federation Council, the upper chamber of the Russian parliament, called on the legislators to consider and adopt the digital legislation as soon as possible.

In late January, she addressed Dmitry Mezentsev, head of the Federation Council's economic policy committee: "I would like you to find out why legislative initiatives concerning the use of digital technologies in the financial sector have been stalled at the State Duma for over a year."

Still, Russian officials and legislators may not yet have a common approach towards regulation of the crypto space. Speaking in early February, Medvedev warned legislators against "overregulating" the digital economy, drawing specifically the example of blockchain as technology that may not necessarily require heavy regulation.

Several months ago, the idea of a national Russian cryptocurrency backed by oil was first floated as part of the country’s strategy to decrease the use of US dollars in its economy. The crypto ruble concept may have played a role in persuading officials that crypto may not necessarily be a "fraud" or "evil."

While no concrete steps toward launching the crypto ruble have been made so far, legislations and officials have confirmed their commitment to the idea. Still, the execution of it is likely to take years.

According to Aksakov, the crypto ruble could be realistically launched two to three years from now.

The recent shift in crypto attitudes apparently applies not only to Russian senior officials, but also to state-run lenders that until recently were either ambiguous about the idea of using blockchain or outright hostile to the technology.

One good example is the state-owned banking giant VTB, which recently patented a technology for blockchain payments, which facilitates multiple issuers and would therefore foster development of mutual payment services between an unlimited number of parties.

Instant payments, cross-border payments and loyalty programmes could be practical applications of the technology.

Interestingly, the announcement comes just a couple of months after the lender dismissed the idea of applying blockchain technology in the financial industry.

Back then, Dmitry Snesar, VTB's senior vice president, said that the lender wasn’t going to adopt blockchain as the technology didn't have "any commercial applications" and its scope of usage was limited to cryptocurrencies.

Interestingly, despite some major lenders' reluctance to enter the crypto space, the overall Russian banking sector has been exploring possible blockchain applications for quite a while now.

In the fall of 2018, the local subsidiary of the Austrian lender Raiffeisenbank ran the country’s first ever blockchain-powered mortgage deal. At roughly the same time, the central bank announced a test initial coin offering (ICO) in a sandbox in a move to examine the potential of blockchain-based solutions.

This article is part of bne IntelliNews’s coverage of technology, blockchain, fintech, cryptocurrencies and the new economy. Sign up for the free monthly newsletter bneTech here, or read more tech stories on the website here. Read the latest issue of bneTech here

NEO: Why copper mining must clean up its act
48 minutes ago
The birth of a Kazakh banking empire: ATF Bank
18 hours ago
CEPR's action plan for Ukraine's wartime economy
1 day ago
Missiles or sabotage: What caused the explosion at the Russian airbase in Crimea?
4 days ago
Population decline to take Emerging Europe back to the early 20th century
4 days ago