Russia will extend the Turkish Stream natural gas pipeline to Bulgaria and include it in the country’s network, Prime Minister Boyko Borissov said following a meeting with Russian President Vladimir Putin on May 30.

In January, Russia said that it will extend the Turkish Stream to Europe if the European Commission provides ironclad guarantees that the project “will not be broken”.

“The second Turkish Stream pipeline will reach Bulgaria and will deliver Russian natural gas to the country,” Borissov wrote in a Facebook post following a meeting with Putin.

He added that Putin and Turkish President Tayyip Erdogan have already agreed on this.

“Fuel will be used via the Varna gas hub. The market and demant will define the quantities and price. Our goal is to transport natural gas and to be on the map of gas distribution network,” Borissov also wrote.

He added that the Varna gas hub will also receive deliveries from Azerbaijan, Romania, Qatar and locally refined gas.

The total cost of the project is estimated at €6bn. Russia's state-controlled natural gas giant Gazprom has already signed roadmap agreements for pipeline development with Bulgaria, Serbia and Hungary.

Bulgaria has been looking at options to boost energy security ever since Putin cancelled plans for the South Stream gas pipeline project in December 2014, in favour of the Turkish Stream pipeline. South Stream was designed to deliver gas to Europe under the Black Sea, bypassing Ukraine entirely. The move was a heavy blow to Bulgaria, which currently imports almost all of its natural gas from Russia through Ukraine.

In September 2016, Bulgaria indicated that would be willing to participate in the new project. Borissov said at the time that his government would initiate trilateral meetings with the European Commission and Russia on plans for the Balkan natural gas hub.

Bulgaria wants to store gas from Russia and the Caspian region at the planned hub at the Black Sea port of Varna, which could cost up to €1.5bn to build.

Borissov is on a visit to Moscow several days after Bulgaria’s President Rumen Radev also paid a visit to the Russian capital. 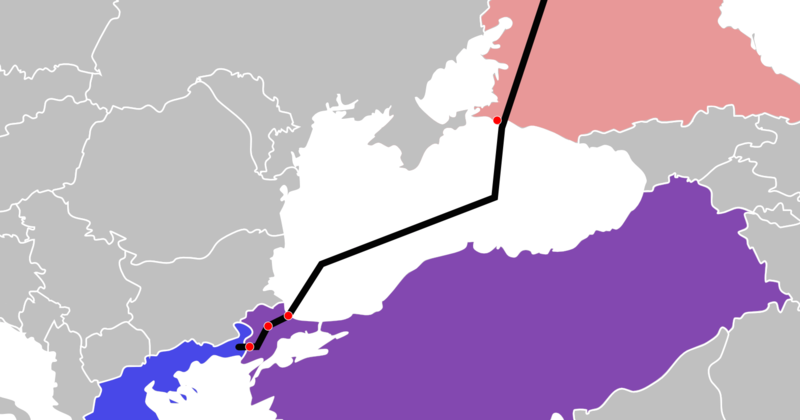 The pipeline is now expected to enter the EU via Bulgaria rather than Greece as originally expected.