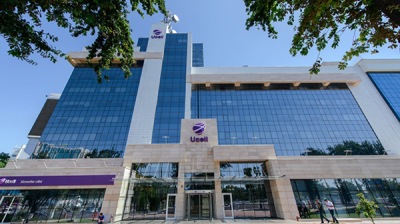 Russia's Megafon mobile phone company has tied up with Ucell, the market leader in Uzbekistan, in a $100mn JV.
By Ben Aris in Berlin February 10, 2021

Megafon said it intends to “become the technological leader of the largest telecommunications market in Central Asia.”

“The creation of a leading player in the digital services market in Uzbekistan is in line with the strategy of both MegaFon and USM Telecom, which is building a technology leader in the CIS and Eastern Europe. We are confident that the long-term expertise in the implementation of digital projects, which MegaFon, CRPT and ICS Holding have, will help develop the largest industry player in Uzbekistan,” said Ivan Streshinsky, general director of USM Telecom in a statement.

Megafon is 100%-owned by USM Telecom, an investment vehicle belonging to Russian metals and tech tycoon Alisher Usmanov, who was born in Uzbekistan and has been advising the government on reforms while also making significant charitable donations in recent years. Previously Megafon was publicly traded, but Usmanov took the company private in 2019 with a $1.3bn buyout offer taken up by investors.

As one of Russia’s big four telecoms operators, Megafon is now moving into Central Asia via the joint venture with the country's state-owned telecommunications market leader Ucell, as well as other local USM assets that include CRPT Turon and ICS Holding Uzbekistan.

“From the point of view of consumption of digital services, Uzbekistan is one of the most promising markets in the CIS, which over the past 10 years has shown more than threefold growth in cellular subscribers, but at the same time it is still far from saturation. We are not planning major structural changes within Ucell in 2021, but rather will focus on finding synergies and implementing best practices in Ucell to grow its business,” said Gevork Vermishyan, MegaFon CEO, in a press release.

The government of Uzbekistan’s Agency for State Assets Management (AUGA) will contribute its 100% stake in Ucell to the joint venture. The Russian side will invest $100mn to build up the Digital Holding joint venture into the country’s biggest telecoms player. The ownership of Digital Holding is split 51:49 between USM Telecoms and the AUGA respectively in a deal that will be closed later this year.

Digital Holding intends to invest in upgrading Uzbekistan’s telecommunications infrastructure to meet international standards and expand access to communication services across the country. At the same time, the company intends to improve the quality of the service and introduce more advanced technologies for information security and data storage.

“I am confident that the creation of a new joint venture will give a new impetus to the rapidly developing market of digital services in Uzbekistan in recent years and will open up new opportunities for Ucell and its subscribers,” said Olimjon Umarov, Advisor to the Prime Minister of the Republic of Uzbekistan.

The deal is part of a wide-ranging set of reforms launched by Uzbek President Shavkat Mirziyoyev in 2016, which he dubbed “Uzbekistan’s third renaissance” after he was elected president.

Part of the plan is to restructure and modernise the country’s most attractive assets and prepare them for privatisation. Much of this will be achieved by dual international and local listings on stock exchanges. The president has been reaching out to businessmen to partner in this process. An ethnic Uzbek, Usmanov is a natural choice, as he is already one of the biggest businessmen in the Former Soviet Union (FSU) and has experience of building up major companies and bringing them to market.