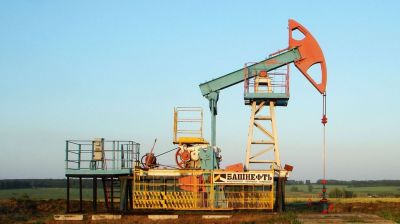 Skies are blue for Bashneft privatisation in early summer. / Photo via CC
By bne IntelliNews May 17, 2016

President Vladimir Putin has given the green light to the sale of 50% in the Russian state oil company Bashneft, with the stake possibly going under the hammer by July as the first offering in the country's renewed privatisation drive, officials said on May 17.

"There is a possibility, and I think this is one of the three assets that is best prepared," Economic Development Minister Alexei Ulyukayev was quoted as saying by RIA Novosti, referring to the frontrunners for privatisation: Bashneft and the Rosneft oil majors, and diamond producer Alrosa.

As a listed company, Bashneft would be easier to sell than other state enterprises, the minister said. "There is still a technical possibility to do it in the first half of the year," Ulyukayev added.

After almost two years of recession, the government is concentrating on a major sale of state companies and tapping state companies' dividends to help plug a growing hole in budget revenues caused by the low price of oil.

The Kremlin currently owns a 50% share in Bashneft, with the regional government in the Russian republic of Bashkortostan holding another 25%.

Bashneft was effectively re-nationalised in 2015 when it was extracted from the multi-industry holding AFK Sistema by a court ruling that overturned Sistema's privatisation of the company as unlawful.

Returning Bashneft to the state was seen as part of Kremlin's consolidation of the energy sector in tough times, and Putin on numerous occasions stressed that state will not part with its assets at prices that are too low.

So far the main contender for the lucrative asset is Russia's second-largest oil company, the independent Lukoil, with TASS reporting on May 17 that it might seek to acquire as much as a controlling stake in Bashneft. On April 20, Lukoil CEO Vagit Alekperov reiterated his company's interest in a majority state in Bashneft.

Analysts previously noted considerable synergies between Lukoil and Bashneft, which already jointly control the Trebs and Titov oil field complex, one of the largest in Russia.

Uralsib concluded that as the price of Bashneft ordinary shares has since increased by about 10% in rubles, Lukoil's continued interest may indicate readiness to pay a considerable premium relative to its own multiples. The bank also warned that while Lukoil acquiring Bashneft is a probable scenario, it would not be the best outcome for Bashneft minority shareholders.

Apart from Lukoil, a couple of small oil and gas companies controlled by former heads of state oil giants expressed interest in Bashneft, fuelling suspicions that the fate of this and other gems in the privatisation line-up will be decided among a handful of Kremlin insiders.

The companies are NNK, a small player controlled by the former CEO of state oil giant Rosneft, Edward Khudainatov, and Tatneftegas, headed by Sergei Bahir, formerly a vice president of the Russneft petrochemical and oil company.