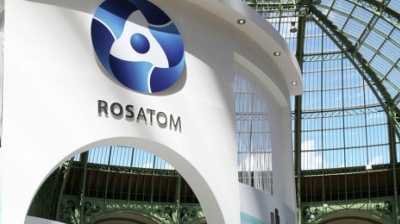 Rosatom has yet to receive the final permits for the construction of two 1,200 Mw reactors in Paks.
By Tamas Szilagyi in Budapest November 23, 2020

Hungary's energy regulator MEKH has issued an electricity implementation licence for the construction of two new blocks at the Paks nuclear power plant, Paks II, the project company announced on November 20. The license was approved in a fast-track procedure given the strategic importance of the project.

The licence is the precondition for the construction permit to be issued by the National Atomic Energy Authority before autumn 2021. This was submitted on June 30, Janos Suli, the minister without portfolio in charge of the upgrade, told a committee hearing in parliament earlier this month.

He said the project is moving forward on schedule and permits for groundwork are expected in the spring of 2021.

Hungary picked Russian state nuclear company Rosatom without a tender to build two 1,200 Mw reactors for €12.5bn in 2014. The state of Russia is financing 80% of the cost of the two blocks.

Construction was to start in 2017, but a protracted European Commission probe and lengthy examinations by local authorities concerning safety delayed the project for years.

The agreement set 2023 as the deadline for the first block to become operational. Last year Suli acknowledged that this could be achieved in 2029.

The government says the project is essential to guarantee the security of supply for Hungary's energy needs, as two blocks at the nuclear power plant with a combined 1,000Mw capacity will reach maturity by the early 2030s and will be phased out. The European Commission agreed in April to allow groundwork at the site to start early in 2021 before the permit is awarded.

The implementation license certifies that the new blocks meet all relevant safety requirements. The documentation, including attachments, is 283,000 pages long. Hungary has so far drawn down €239mn of a €10bn loan for the upgrade. The bulk of that money has already been repaid. Hungary has paid just under €2mn in standby fees on the credit.

Ukraine will receive $5.5bn in support from the US later this month
10 hours ago
John Malkovich to turn Skopje into Hollywood of the Balkans
11 hours ago
Envoy says start made on construction of Turkish attack drone factory in Ukraine
20 hours ago
Huge explosion rocks Russian airbase on the Crimean peninsula
23 hours ago
Russia cuts oil flow via Ukraine's Druzhba pipeline, blaming sanctions for blocking transit payments
1 day ago