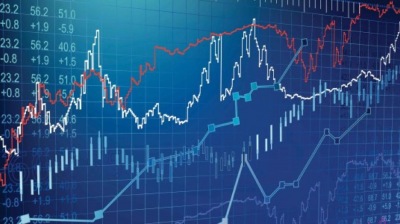 Algorithmic trading should not be backed by a risk-management system. It should be based on it / wiki
By Ben Aris in Berlin June 10, 2019

“Quants Run Wall Street Now” used to be a common headline in the financial press, but the enthusiasm for high-powered number crunching has faded. Ed Thorp has been credited with being the godfather of quantitative investing. Thorp was the first to use probability theory and the law of large numbers to beat the financial market in 1960s, but a lot has changed since then.

Yesterday’s quantitative investing has become today’s algorithmic trading, which has become more and more complicated. International financial companies, the big banks and asset managers have become in a mathematical arms race. They invest into super powerful computers and poach the best mathematicians (quants), who develop sophisticated models in the hope of catching some market inefficiency or spotting a new and as yet unexploited correlation.

Obviously only the top global financial giants can afford to participate in this arms race – and even they are not always very good at it. ITI Funds, a Guernsey based portfolio company that is part of the Da Vinci Private Equity Fund II, has taken a different line: “keep your quantitative strategy simple.” So far the fund has put in a good track with an average annual rate-of-return above 50% over the last five years, which puts it on a par with the world’s best quant funds.

“We use a Keep It Simple principle because we think most other funds overcomplicate things,” says Julia Baranoskaya, the COO of ITI Funds. “It's the weakness of many algorithmic trading systems. The algorithms are too complicated and the system becomes non-transparent even to its own developers. It quickly becomes impossible to create a suitable risk management system. Everyone knows the stories about the “flash crashes” when one of the bugs in the system sends its trading haywire. Developers tend to add more and more algorithms and more and more financial instruments to their strategies and the complexity increases exponentially. That is when they loose control over the trading system.”

Baranoskaya argues that instead of concentrating on intensively developing an algorithmic strategy, it is better to concentrate on one that not only works, but you can understand. It's the old argument of “quality over quantity.” Better control over the trading system is more important than a system that tries to do everything.

“Unlike other people’s strategies ours is not backed by a risk-management system. It is based on it,” says Gelb Yakolev, CEO of ITI Funds.

The risk-management system has to be at the centre of the strategy, says Baranoskaya. That will reduce the returns somewhat, but it also reduces the losses.

“We watched other strategies operating and noticed they all gain profit slowly, day by day, and occasionally they gain a lot, but only to lose it all again the next day,” says Yakolev . “Our strategy is to collect those steady increases in profit but to limit the drops when then they come.”

The way risk is managed is to give each algorithm, or “bot,” its own strict limits. Limits are set for each financial instrument so the total position of all bots in each instrument can’t exceed a certain limit. All the deals are recorded on twin servers to provide a back up in case of power outages and every part of the system has a back-up and recovery plan.

Algorithmic trading is developing fast and riding the way of technological development. A few years ago any algo fund would have had to spend upwards of $1mn on expensive fast computers that were able to analyse big data, plus the costs of constant upgrades and the IT support staff. The barrier to entering the business was high so that only the institutional investors could afford to play.

Today its possible to tap the same computer power that is now hosted in the cloud, which has reduced the entrance ticket price to one that smaller funds can now afford. ITI Funds’ mathematicians use algorithms that are tested on historical data and then fine-tuned, the so-called “walk-forward optimisation.” Those algorithms with the best operational results are then added to the trading system. The whole system is updated quarterly to reflect the changes in the underlying market over time.

This is not a high frequency trading (HFT) strategy, although HFT does use algorithms. It is another form of algorithmic trading where our bots only trade once every two days on average. The positions build up slowly as they follow “the trend that is your friend,” as the adage goes.

Algorithms are constantly looking for a good moment to enter the market when it will take either a long or short position, investing a small amount of money. The leverage on the investment will depend on the volatility of the market at the time: the lower the volatility, the higher the leverage, up to a maximum of x15 for exchanges and x3.5 for cryptocurrency exchanges.

“ITI Funds trend strategy is currently operating on two global exchanges and on two cryptocurrency exchanges. It is the same strategy adjusted to market specifics of course. We’ve been testing the strategy on more than 100 financial instruments and finally chose a few to work with. It is a part of our risk-management system, too. We use only futures with maximum liquidity. So whenever our client wants to stop the strategy we can close the positions immediately,” Baranoskaya said.

The algo platform can be adapted to invest into any sort of asset. ITI Funds also offers various bond fund products that traded in much the same way.

A client opens a brokerage account in his name and can purchase a portfolio of liquid bonds such as the ITI Funds Eurobond ETF called RUSB. The algorithmic trend-following program is then connected to the investor’s brokerage account. The bonds continue to generate coupon income that simultaneously acts as collateral for orders sent by the algorithms to buy or sell financial instruments. Investing in the strategy does not require the transfer of funds to a third-party asset manager. The algorithms only have permission to perform trading operations, but the right to withdraw, or transfer funds, remains exclusively with the investor, who can monitor the strategy in real-time and halt it at any moment.

Having said all this trend strategies have their pros and cons. During periods of stability ITI Funds trend strategy does not produce big returns, but in times of volatility using a trend algorithm comes into its own.

“These strategies work best when the market is volatile. If the market is moving the algorithm doesn't care which direction it is moving in; it just capitalises on the movement,” says Baranoskaya. “Then an algorithmic trend strategies can outperform classical investment instruments. The high risks of a correction or market collapse, low yields on bonds, and uncertainty in commodity prices and foreign exchange markets all hurt classic instruments. But they work in the trend strategies’ favour.”

Kremlin VTB bank to be hit by investor class action for seizing foreign shares
5 hours ago
US and Chinese slowdown will tip the world into recession, says IIF
3 days ago
NEO: Rising in the East, Setting in the West: Russia strengthens trade with Global East
5 days ago
Stagflation fears continue to rise
5 days ago
The economics of herding in Mongolia
6 days ago