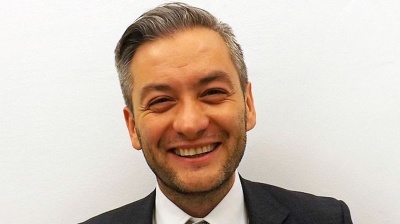 Robert Biedron, a Polish member of the European Parliament and one of the leaders of the left-wing coalition of parties running in this week’s general election, helped a man and his two-year-old son out of a burning car and tried to put out the fire before firemen arrived at the scene, Polish media reported on October 8.

The widely publicised news story might just give Lewica some extra points in the election on October 13. Biedron is a popular figure in Poland. He was the first openly gay politician in Poland to win a parliamentary seat in 2011.

Biedron won a mandate in the European Parliament last May and is currently leading the campaign of the leftist coalition made of his own Wiosna (Spring), the Democratic Left Alliance, and Razem (Together).

The coalition is polling at around 13%, behind the incumbent Law and Justice (PiS) at over 40% and the liberal Civic Coalition (KO) at over 20%. That should translate into about 50 seats for the left in the next parliament after a four-year absence following the defeat of the divided left-wing forces in 2015.

Biedron said he was driving near the village of Tabor near Warsaw late on October 7 when he noticed a crashed car on the side of the road with smoke spewing out of the wreckage. The car had collided with a truck moments earlier.

With the help of other witnesses, Biedron reportedly rescued the boy and his father from the burning car before attempting to extinguish the fire. A local fire crew, which arrived shortly, finished dealing with the accident.

The firemen posted a photo of themselves with Biedron, praising him for his bravery.

Later on October 8, the police claimed, however, that Biedron’s role was smaller. The MEP only provided his car for the toddler to rest and keep warm, a police spokesman said. The early reaction to the crash was by a policeman who was involved in the accident, the spokesman said.

The firemen who had originally posted about Biedron’s heroics stopped speaking to the media because the incident turned “political”, private broadcaster TVN24 reported.

LONG READ: The Growers - a handful of countries in New Europe are coping with the coronacrisis and are still expanding
New coronavirus cases decline across emerging Europe but the epidemic’s not over yet
Poland announces major easing of coronavirus restrictions