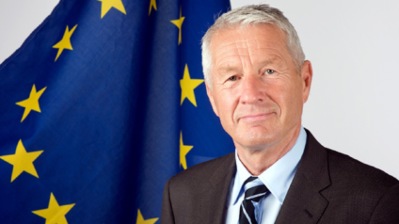 The Parliamentary Assembly of the Council of Europe (PACE) Bureau has changed its rules resulting in a downgrading of Ukraine’s influence in the European body on January 21, ahead of a vote to withdraw sanctions on Russia.

The changes are a victory for Russia as Ukraine’s ability to influence PACE and prevent it from removing sanctions on Russia have been diminished.

The rules cover how the committees that actually do the work are formed, and now prevent more than two members from representing a single member-state, the eurointegration.com.ua news site reported on the day. As a result, Ukraine has lost two out of its four seats on the rules committee that is scheduled to consider the removal of sanctions from Russia and the return of its delegations.

The committee will have to be reformed with only two representatives maximum from Ukraine. The amendment has also caused Ukraine to lose two out of its four current members on the committee to select judges for the European Human Rights Court. “This is petty revenge for the principled position of Ukrainians on changes to the rules in favour of the Russian Federation,” Ukrainian PACE MP Volodymyr Ariev said.

Jagland has drawn ire for his conciliatory approach to Russia, which has stopped paying its dues and withdrawn from, although not quit, the body.

The idea of removing sanctions had been floated, the eurointegration.com.ua news site reported.

“We need to gather the committee of ministers and PACE and clarify the rules and distribution of authority between these bodies,” Jagland said. “That can open the path to overcoming this crisis … I very much hope that two statutory bodies will meet and do this together. This will be a large gift for us if it happens.” Russia’s departure from PACE “will be very, very, very bad for Europe,” he said, as reported by the news site. “Something unknown can begin.”

“The Russian lobby in Strasbourg is working hard and effectively, and it helps to have Jagland as an ally. These events fall in line with Russian plans of exhausting both the Ukrainians and Europeans with its hybrid war against the Ukrainian state. Although PACE’s authority is limited in having its resolutions implemented, its resolutions carry significant symbolic influence that often serve as a harbinger for events and sentiments in the European Parliament. The political tide in Europe is in Russia’s favour,” Zenon Zawada of Concorde Capital said in a note.