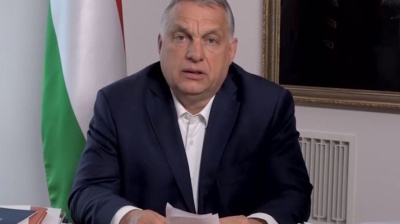 The Hungarian government will allow outdoor dining places to open next week after the number of people vaccinated reaches 3.5mn, Prime Minister Viktor Orban announced in a video message after a cabinet meeting on April 14. The government was forced to retreat on plans to reopen schools from this Monday due to rising protest from parents fearing health risks as the death toll remains at record highs.

"When we reach the 3.5mn mark a week from now terraces can open, and we'll get back a piece of our old lives", Orban added. Dining at restaurants has been prohibited since November and from March 8 non-essential stores were closed. To help catering businesses, terrace fees would be scrapped, Orban said.

Hungary was amongst the last countries to impose restrictions in early November. Bars, theatres, gyms and swimming pools were allowed to operate and football matches were held in front of huge crowds. Epidemiologists said the restrictions came too late, and it showed up later in the upsurge of new infections and fatalities.

At the end of August, there were 600 COVID-related deaths, which rose to 2,700 when restrictions were put in place on November 11. Hungary reported 3,000 deaths in November and 4,500 in the month of December.

The third wave has been even more deadly. The first traces of the UK variant were identified in mid-January. Since then the pandemic claimed more than 13,000 lives in 12 weeks.

Hungary has the second-highest rate of fatalities per 1mn globally after the Czech Republic since the start of the pandemic, with a death toll of 24,265 per 9.8mn inhabitants.

The seven-day rolling average rate of daily death stands at a shocking 27.6 compared to 4.7 in France and 3 in Germany.

Hungarians left in the dark

Hungary’s underfunded and understaffed public health sector is barely coping with the more than 10,000 people in hospitals and 1,200 on ventilators. Both are off their peaks of 15,000 and 1,500 respectively from early April.

Hungarians have scant knowledge of what is going on at hospitals as doctors and nurses are not allowed to speak to independent media without approval from hospital directors. However, some doctors are evading these rules. In their stories they unveil Bergamo-like conditions, but these accounts hardly reach the mass public.

After calls by more than a dozen independent media to let journalists enter ICU units to get a clear picture of the situation, state media began a series of reports with doctors and the state news agency started to publish photos of patients in intensive care.

Pro-government media is simply ignoring the negative news and focuses solely on the high vaccination rate. Hungary has the highest number of people receiving at least the first jab per capita, with more than 3mn, or 30% of the entire population.

The government took credit for the low death rate during the first wave, but as the numbers deteriorated it gradually shifted the agenda. The ruling party now pushes an aggressive communication campaign against the opposition, alleging that they are against vaccines.

The largest opposition party DK has voiced its concern about the lack of transparency when Hungary approved the emergency use of Sinopharm and Sputnik V, bypassing a procedure by the EMA. Opposition parties overwhelmingly backed Western vaccines over Eastern, but they are retreating from this position due to Fidesz’ communication offensive.

The government claims that it saved hundreds of thousands of lives by buying vaccines outside the EU’s joint procurement scheme. Roughly half of the 3mn doses administered have come from China and Russia.

The rising rate of inoculation and record daily fatalities of near 300 are confusing many. The government initially planned the reopening of schools on April 19 for all students, but it was forced to back down as the vast majority of parents voiced their opposition aloud.

Hungarian primary school students have been learning in digital classrooms since early March.

"We can only proceed gradually and with caution," he said. Teacher unions have called on the government to postpone the reopening of schools in the midst of the pandemic.

The vaccination of teachers only began in the first days of April as they were not on the list of priority groups. Unions claim that the majority of the workforce would not reach the immunity required to go back safely to schools on April 19.