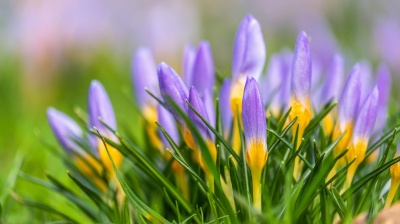 Trade officials in Iran are examining why it is that Iran's saffron exports fell some 63% y/y in the last Persian calendar month (ended January 20).

Ali Hosseini, a board member of Iran's National Saffron Council, was on February 16 reported by ILNA as mystified by the stark decline in shipments of the ‘red gold’ spice derived from the flower of the saffron crocus, but he indicated that rival saffron growers may have claimed what was previously Iranian market share.

Iran is by far the world’s top saffron producer, with more than 90% of its production exported to markets including Japan, Europe, the US and Canada. However, in recent years, competition from other regional saffron cultivators, including Turkmenistan and Uzbekistan, which have similar growing conditions, has been on the rise. The market has also been inundated with “fake saffron” from China. The product is produced in industrial environments and reconstituted to appear like the natural saffron stem. In Israel, meanwhile, there is an agritech project to produce lab-grown saffron.

“Currently, around 90% of the world’s saffron is produced in Iran, but we cannot sell the product at the price we are considering,” Hosseini said.

The value of Iran’s saffron exports reached $60mn in the first seven months of the current Persian calendar year (March 21-October 22), according to Islamic Republic of Iran Customs Administration (IRICA).

Saffron is used in many industries, including the food, natural cosmetics and natural medicine industries. It is used as a dye in the textile industry. Famous chefs at Michelin-starred restaurants are known for seeking out the best saffron on the market.