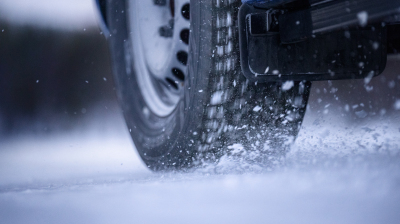 After Russia's invasion of Ukraine, Nokian Tyres decided to expedite its plans to invest in new production capacity in Europe. / Nokian Tyres
By Iulian Ernst in Bucharest November 2, 2022

Finnish group Nokian Tyres announced it has made a decision to invest €650mn in a greenfield passenger car tyre factory in Romania at Oradea, near the border with Hungary.

The plant will serve the Central Europen market after in June the group initiated a controlled exit from Russia where it used to produce 80% of its passenger car tyres. In October, Nokian Tyres signed an agreement to sell its Russian operations.

To secure the supply of its products, Nokian Tyres decided earlier in the year to expedite its plans to invest in new production capacity in Europe, and the Romanian factory is a key element of these plans.

The planned headcount of the Romanian factory is about 500 employees.

Nokian Tyres will thus become the fourth major tyre producer in Romania besides Michelin, Pirelli and Continental, which have invested constantly in their local factories, making the country a major tyre manufacturer.

“This investment is a significant strategic decision enabling our future growth. A world-class manufacturing facility in Europe is a key step in getting additional capacity and creating a balanced manufacturing platform as we start building the new Nokian Tyres without Russia,” said Jukka Moisio, president and CEO of Nokian Tyres.

Representatives of Nokian Tyres met Romania's Prime Minister Nicolae Ciuca in Bucharest on September 14, when they were briefed on the state aid options.

Nokian plans the annual capacity of the factory in Romania at 6mn tyre per year with expansion potential in the future.

Construction is scheduled to begin in early 2023 and the first tyres are estimated to be produced in the second half of 2024. Commercial tyre production is expected to start in early 2025.