The summer months in Mongolia are a time of big exploration for the country's army of junior mining companies as they drill in search of the coal, iron ore, copper and gold that has put this country on the world map for natural resources. Investor sentiment toward these companies is still rather cool compared with the weather here, but a joint venture deal between Australia's Aspire Mining and Noble Group has given the sector a lift.

On June 13, Aspire Mining, which is developing coking coal assets in northern Mongolia, said it had agreed to buy 50% of a venture with Noble Group as it looks to expand their partnership in Mongolia, which already involves the Hong Kong-based global supply chain manager providing project financing and transport for the Australian miner.

“It's a notable transaction, especially due to Noble Group's involvement, as they have clearly demonstrated they are a long-term investor in Mongolia,” says Chris MacDougal, managing director of Mongolian Investment Banking Group (MIBG). “[Noble's] actions suggest that they believe in the fundamentals of the country.”

But junior miners such as these are struggling to attract the kind of investment they are looking for due to the wider economic struggles that the country is labouring under. Foreign investment into Mongolia was down 64% on year at the end of April and GDP growth of 11.7% last year and 12.3% in 2012 was well down on the astounding 17.5% growth recorded in 2011.

The wider global mining industry has its own problems, according to auditor PricewaterhouseCoopers' (PwC) "Mine 2014" report. PwC cited “diminished profitability and shrinking cash, [and] underlying performance in the industry” for 2013, as well as the market capitalisation of the industry falling by $280bn.

PwC found that miners operating in emerging markets last year outperformed their developed counterparts, earning $24bn collectively compared with losses of $4bn in developed markets. That is a sentiment echoed by the chief executive of local junior explorer Erdene. “I think we've seen a return to favour for juniors, generally,” says Akerley about mining worldwide. “In regards to Mongolia, you're seeing an uptick in activity in the past few months, but the main issue is globally there is still difficulty in attaining funds for exploration and that’s compounded by Mongolia being a difficult place to do business.”

Mongolia's mining boom first began to tail off after the government overplayed its hand with investors in 2012 by passing legislation that most in the mining sector regarded as too restrictive. A month before parliamentary elections in 2012, Mongolia felt threatened by a bid from Aluminum Corporation of China, or Chalco, to buy a majority stake in coal miner SouthGobi Resources. Mongolia – fearing the gradual takeover of its mining industry by China – labeled mining a “strategically important sector” and required government approvals for any group attempting to buy more than a third of any strategic asset.

Mongolia tried rectifying its mistake on the investment front last year when it removed the need for private investors to seek government approval for investments in mining assets and other strategically labeled assets with a new Investment Law. But lingering disputes show that there is still much work to be done.

Toronto-listed Kincora Copper is still waiting on a promised resolution from Mongolia’s mining ministry after it saw its licenses taken away. The company was forced to inform investors of a C$7m writedown for the company after a judge ruled that about 106 licenses were invalid after the top bureaucrat that had approved them was found guilty of corruption. A four-year ban on the issuance of new exploration licenses is also becoming worrisome the longer it remains in place, because it has “signifcantly reduced the total amount of land available for exploration,” says Sam Spring, chief executive officer of Kincora Copper.

The moratorium will likely remain in place until after the parliament passes an amendment to the mining law that it has repeatedly delayed. Meanwhile, many of the licenses are nearing their expiration dates, which makes it hard to market those assets. “Less than 9% of exploration license will see a natural death in the next few years because of the lengths of their terms,” says Spring. “Investors have max nine-year terms and then must convert to mining licences.”

Deal or no deal

One thing holding back investors is that Mongolia’s new Investment Law remains untested. Some also have little faith the laws will remain consistent for very long or that Mongolia will stand by the tax stabilisation agreements introduced by the 2013 Investment Law. “Honestly I don’t think it’s been a positive change,” says one investor who is actively seeking to buy mining assets in Mongolia. “It’s quite dubious, these investment guarantees, as opposed to international agreements because the [former] are now just permits that a Mongolian agency is giving out. They can change their mind any time.”

The investor, who requested anonymity, added that there was no comfort in the fact that disputes would likely have to be resolved locally rather than through international arbitration under the new scheme. “The local agency will never side against the local implementers.”

Majors have shown interest, but are cautious. Teck Resources has been purchasing the equity of Erdene on the basis that the government has looked to be improving the investment environment. A strategic alliance has Teck set to purchase up to 19.9% of Erdene or spend C$3m. ”As long as they see good results and evidence Mongolia is taking the right steps to improve the environment, they'll continue forwards,” says Erdene's Akerley.

The sale of parent company Turquoise Hill Resources’ stake in SouthGobi Resources would be the first major sign for investors that things are improving. Bloomberg reported that a deal could come at the end of the June, but interested parties have yet to be named.

Many investors have grown frustrated with the political outbursts from Mongolia, but PwC stresses that investing in emerging markets has always been a game for risk-takers. Mongolia isn’t the only country guilty of shaking up the investment regime ahead of elections. "[T]he licence to operate in all corners of the globe is becoming more challenging, with governments increasingly eager to expand their share of royalties and taxes,” reads the PwC report. “Election results in 2014 in Brazil, India, Indonesia and South Africa may further alter the influence of emerging markets on mining.” 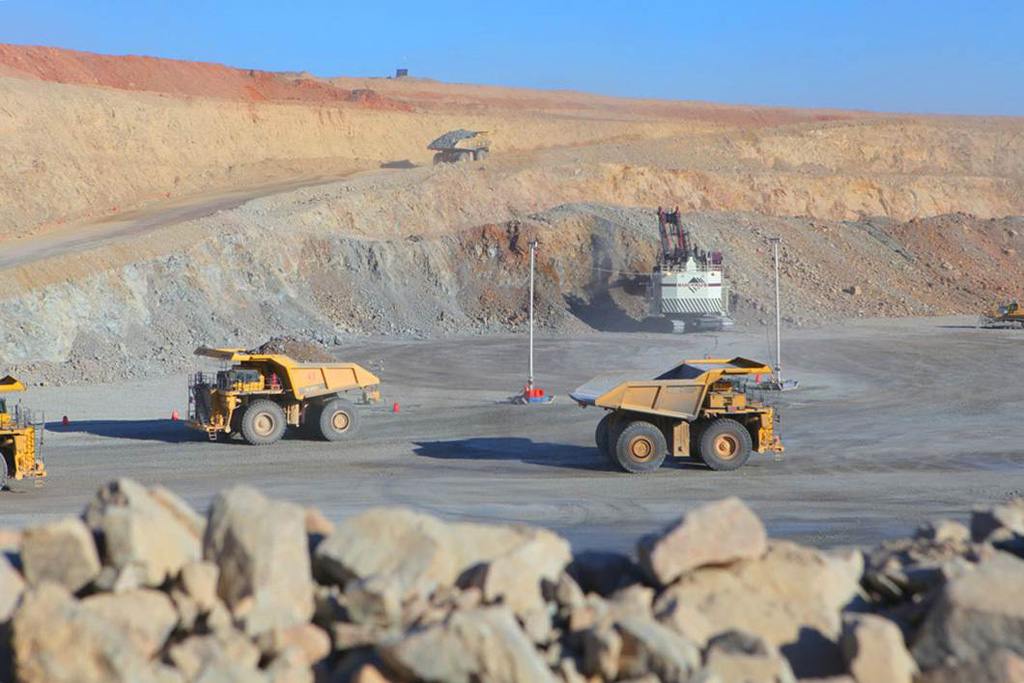 Terrence Edwards in Ulaanbaatar -   One of Mongolia's premier dealmakers has taken on the supreme task of putting the country's mining and infrastructure projects back on track after years of ... more