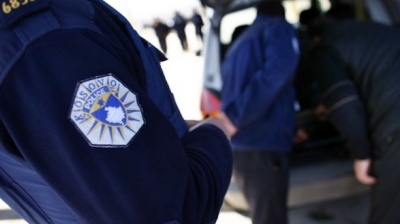 Kosovo's police said that a 33-year-old man was arrested after fleeing the scene. / Kosovo Police
By Valentina Dimitrievska in Skopje January 7, 2023

The Kosovan police arrested on January 6 a man who shot and injured two ethnic Serb boys near the town of Sterpca/Strpce in southern Kosovo.

The incident happened during the Orthodox Christmas Eve celebration after months of tensions between Kosovo and Serbia.

The Serbian government announced that the boys were walking by the side of the road and carrying a Christmas tree, when they were shot at from a moving vehicle by a local Albanian.

The police said that a 33-year-old man was arrested after fleeing the scene while the injured boys, aged 11 and 21, were sent to the medical centre in Strpce and then to Gracanica for further treatment but both are out of danger. One boy was shot in the hand and the other in the shoulder.

Media reported that the arrested man was a member of the Kosovo Security Force (KSF).

The Serbian government said that this kind of attack is a direct consequence of the anti-Serb policy of Kosovo’s PM Albin Kurti.

The government in Belgrade also asked for an "urgent and decisive" reaction from the international community.

The US ambassador in Kosovo, Jeff Hovenier, condemned the attack but praised the Kosovo authorities was acting quickly and arresting the suspect.

Kosovo-Online reported on January 7 that another incident happened during the Christmas celebration, when an 18-year-old Serb youngster from Klokot, southeastern Kosovo, was beaten by a group of Kosovo Albanians when returning home with his brother from the midnight Christmas liturgy at about 02.30 am.

On December 29, Kosovo Serbs, who had been blocking roads for 20 days, started to remove barricades in northern Kosovo after the US and EU exerted pressure on the authorities to de-escalate the situation.

The situation in Kosovo has been tense for months, but escalated to the verge of conflict when the Kosovan authorities arrested an ethnic Serb former police officer for participating in a violent protest. The root of the latest turmoil in Kosovo was Pristina’s request for Serbs there to exchange their Serbian car number plates for Kosovan ones. Serbs in Kosovo see Serbia as their motherland, even though Kosovo declared independence from Serbia in 2008 following the bloody war in 1998-99.