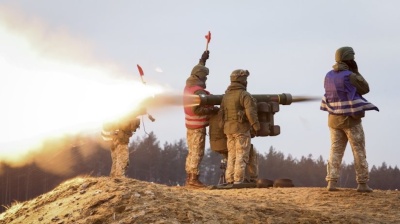 Lithuania’s defence chief Valdemaras Rupsys says he will suggest at the next meeting of the country’s State Defence Council not to hand over PzH 2000 howitzers and NASAMS air defence systems to Ukraine, LRT.lt, the website of Lithuanian public broadcaster LRT, reported on October 26.

“I need to have tools. We cannot accomplish tasks without the capability to do so,” Rupsys told reporters at the Pabrade training area on October 26.

“I’ll make this proposal. We have to look for other means of support,” he added.

According to the defence chief, Lithuania could support Kyiv with arms if new weapons were quickly purchased to replace the ones currently in use.

“We need to understand that we also have Nato commitments. We have clearly stated the units we are contributing to Nato. This must include indirect fire capability or field artillery, manoeuvre units with firepower, and air defence to provide support as a host nation,” Rupsys said.

Lithuanian Foreign Minister Gabrielius Landsbergis told journalists in Vilnius on October 26 that support for Ukraine, including military support, must continue. He voiced his surprise that the issue of howitzers is being discussed in public.

“I believe matters of the State Defence Council are discussed behind closed doors because these decisions have to do with national security, our support to our partners, and I urge other senior officials to stick to this principle. I’m a bit surprised that this discussion is taking place in public,” Landsbergis said, LRT.lt writes.

Lithuanian President Gitanas Nauseda told BNS, a Baltic newswire, in October a decision on the transfer of this military equipment to Ukraine would be taken at a meeting of the State Defence Council. He did not specify the date of the meeting, LRT.lt reported.