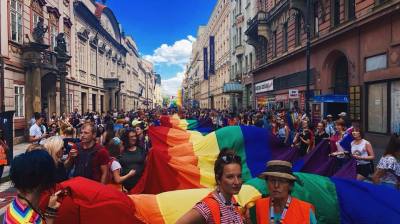 Tens of thousands of dancing people marched through Prague city centre to celebrate the eighth lesbian, gay, bisexual, and transgender (LGBT) Prague Pride festival at the weekend, while the Czech Republic's parliament grapples with the thorny issue of becoming the first post-Communist country to legalise same-sex marriages.

Wenceslas Square is usually dominated by tourists but it was covered with rainbow flags, a symbol of the LGBT movement around the world, from early afternoon on August 11.

People waving the rainbow, Czech and European flags gathered to support LGBT rights and later headed to park across the river. The flamboyant displays typical of parades in Berlin were to be seen: men clothed in flashing silver dresses or half-naked were among the crowd, but most of the marchers were young liberal people.

For many, Prague Pride is a way to connect to people, or just be seen. “We want to be seen, we want to see how many people are in our community,” Michal, 19, said.

Prague Pride was has unique significance this year as the government backed a bill to allow the same-sex marriage on June 22. The draft is now in the Chamber of Deputies for debate, but its passage into law remains far from certain.

One of the parties supporting the bill – the Pirate Party – took part in the march in an allegorical ship full of party members dancing and waving LGBT flags. “There should be tolerance towards each other. It's why the Pirate Party supports this kind of thing,” a member of the Pirate Party told bne IntelliNews.

Organisers estimated that close to 40,000 people showed up on the sunny Saturday. The atmosphere was relaxed, people were enjoying the loud music playing from vehicles, having a beer for a lunch and painting their faces with rainbow flags.

The march was peaceful as no serious incidents occurred, which is unusual in Central and Eastern European (CEE) countries where similar gay parades are frequently targeted by violent counter-demonstrations from the conservative right wing.

The size is also extraordinary as in neighbouring Slovakia around 5,000 took part, in Romania the number was close to 10,000. In Poland with population almost four times bigger, 45,000 marched in the Warsaw Pride according to organisers.

The Czech Republic is widely seen as the most liberal post-Communist country, but LGBT people are still having a hard time. “I have a lot of difficulties with being different. It can be connected with the fact of having a boyfriend or wearing something extraordinary,” Jakub Knot, 18, said during Prague Pride. 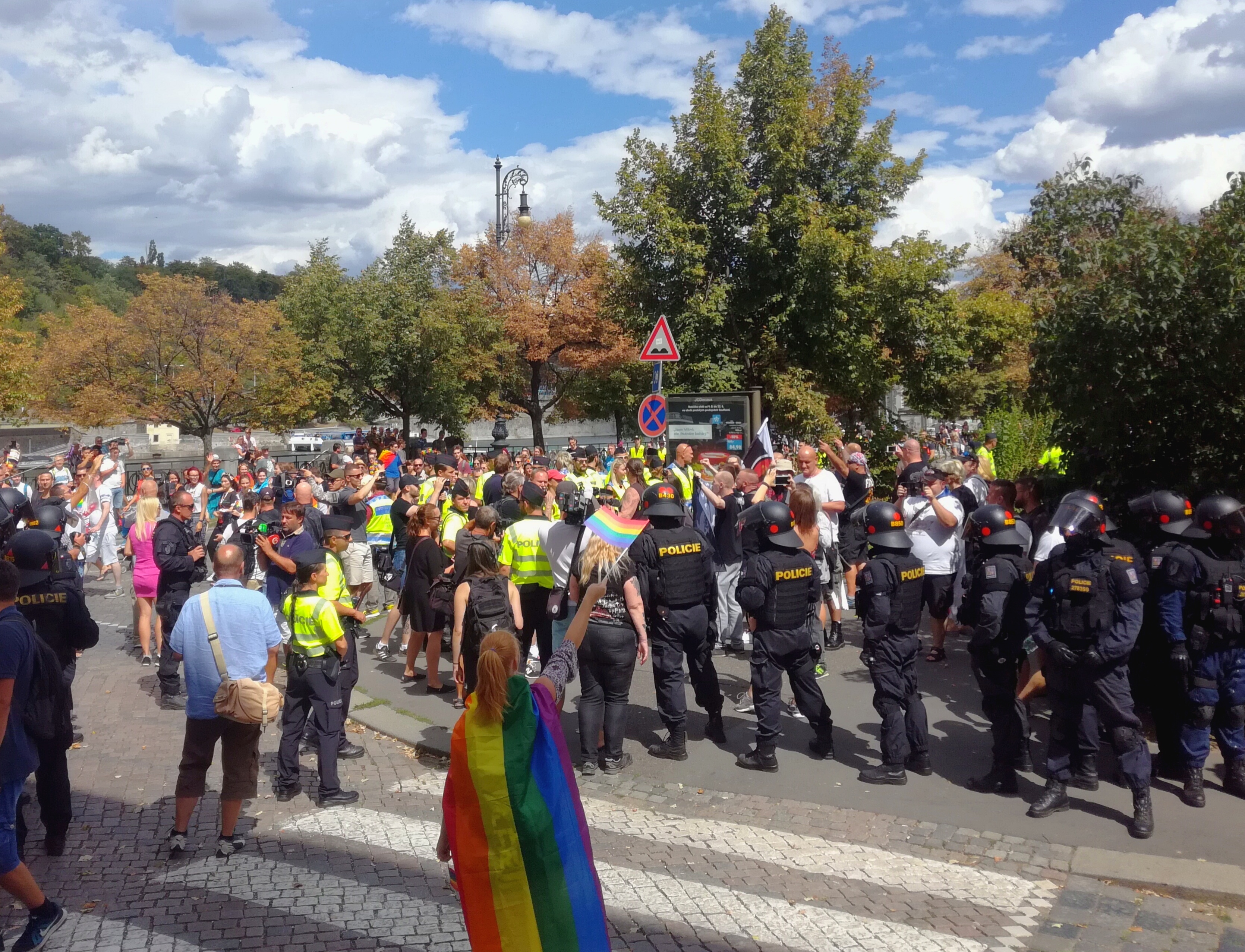 The question of stepping out during the Prague Pride has, however, transformed into a political process, which could influence the shape of the Czech Republic's development. A cross-party group of 37 lawmakers has called for a definition of marriage as the union of one man and one woman to be enshrined in the constitution.

The main opposition to the same sex marriage bill is coming from the conservative KDU-CSL. “I hold the view that marriage is some kind of basic value, which shouldn’t succumb to volatility,” said the main opponent to the bill, Marek Vyborny (KDU-CSL) in comments cited earlier by Czech online news iDNES.cz

People opposing LGBT rights, especially from far-right or very orthodox circles, did show up on August 11, but their number was insignificant – less than hundred.

An Orthodox priest, Libor Hlavy, wearing black and holding a cross above his head, was one of the first to declare his dissatisfaction with Prague Pride. “It is Sodom and Gomorrah,” he said of the LGBT movement. “Why should we pass a law, which is crazy? In the US, the madmen are ruling. But in Russia, not for now.”

Dissatisfaction with visibility and supporting same-sex marriage was also voiced by far-right protesters, approximately 40 people, who waited for the march and shouted very offensive slogans.

With a nationalism on the rise, Czechia can lead as an example for other CEE countries that liberal laws such as those on same-sex marriage are possible.

“I don’t have the need to call it marriage. I know that marriage for Christians is between man and woman. For me it’s the rights, not the word,” Knot said.