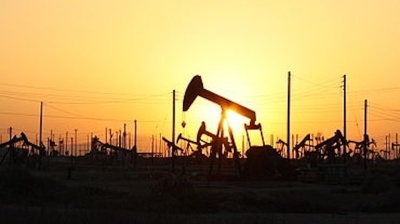 KPMG has withdrawn its reports used in the lawsuits launched by companies controlled by Moldovan businessman Anatol Stati because they were based on “ knowingly false representations by Stati to KPMG”, Kazakhstan’s justice ministry announced on August 27.

This might completely change the outcome of the $500mn legal battle between Stati’s company Ascom and Kazakhstan, which the former has won so far in several different jurisdictions, resulting in the attachment of Kazakh state properties.

Under a 2013 decision by the Energy Charter Treaty tribunal, Kazakhstan is required to compensate Ascom for the unlawful nationalisation of oil and gas fields and liquefied petroleum gas (LPG) assets. Ascom claims it was not compensated at a fair price for the properties nationalised. However, the Kazakh authorities have denied the allegations and refused to pay supplementary compensation. This has led to a complex legal battle in numerous international jurisdictions.

KPMG took this extraordinary action after reviewing evidence showing that material misstatements existed in the Stati financial statements, that these misstatements were based on knowingly false representations by Stati to KPMG, and that Stati had relied on the KPMG audit reports, the falsified financial statements, and other false and fraudulent information, to obtain the December 2013 ECT Arbitral Award against Kazakhstan, the Kazakh government said.

KPMG stated in its letter that it took this decision after it “conducted a thorough and independent assessment, which included but was not limited to, the materials” provided by the Kazakhstani authorities. KPMG also stated that, consistent with International Standards of Auditing, it had sought to engage with Stati on this matter but that he had not responded. Finally, KPMG stated that it had notified Stati of its “conclusion and requested that [Stati] take all steps necessary to prevent any further or future reliance on the [KPMG] audit reports.”

“The fraudulent scheme committed by Stati and his co-conspirators is a direct attack on the investor-state dispute settlement (ISDS) system set up to protect foreign direct investment in Kazakhstan, the statement added.