Just how close is Belarus to an economic crisis? 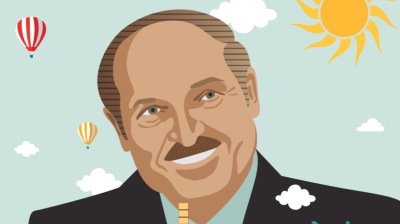 Belarus' economy is shrinking and its debt is growing. There is no sign of the protests abating, but a panel of experts says the economy is still not close to a crisis / bne IntelliNews
By Linas Jegelevicius in Vilnius November 16, 2020

Gripped by the lingering political turmoil, the Belarusian economy is sinking despite a $1.5bn loan lifeline thrown to it by the Kremlin to help the country's self-appointed leader Alexander Lukashenko tough out the biggest political crisis of his 26 years in power.

The economy has been slowing and the population have withdrawn some $1.5bn of cash from ATMs, largely in dollars, in anticipation of yet another recession and currency collapse. How long can the economy take the beating it is getting from the almost universal protest?

Do you see any signs that Belarusian economy is weakening? What are they?

Lev Lvovskiy: There are a lot of signs of a weakening economy in Belarus. The most obvious is the financial system due to the depreciation of the Belarusian ruble, which is largely pegged to the American dollar rather than the Russian ruble. So the higher exchange rate does affect Belarusian government debt and private commercial sector. Importantly, a depreciation of the national currency here in Belarus is much more problematic than elsewhere. If a crisis would happen, for example, in Poland, it would devaluate the zloty a little bit but leave Polish salaries and company profits intact. But the story is completely different in Belarus, where the influence of Russia and the health of its ruble is very big.

Anticipating uncertainty, many Belarusians hurried to local banks and withdrew their deposits in both Belarusian, Russian rubles and/or US dollars or exchanged their savings into the American dollars prior to the presidential election on August 9, 2020.

What happened after that just deepened Belarusian people’s mistrust in the government and the economic authorities.

In the wake of the massive withdrawals, the National Bank of Belarus had to pour $1.4bn dollars into the system to support the Belarusian ruble.

Although most Belarusians still receive their salaries and social payouts on time – there are no disruptions (in paying them) reported publicly – but the purchasing power of the Belarusian ruble is much weaker, the result not only of the [coronavirus] COVID-19 crisis, but also the economic consequence of the political turmoil.

Russia’s $1.5bn loan is certainly important to Belarus, but it does not solve all the problems, however. Belarus' government debt is big and is getting bigger. The loan is just a means for the Belarusian government to refinance our current debt. It will also be used to pay off some of the Belarusian debt to Russia for its natural gas and other resources.

All these factors will press on the Belarusian ruble exchange rate, [increase] the budget deficit and worsen the economic problems in the future.

Aleh Mazol: Belarus’ economy went through a series of financial crises accompanied by shock devaluations of the national currency, increasing distrust [in] the banking system, and a sharp increase in the losses in the state sector of the economy.

The protest movement has played a large role in this decline. The first attempt to invoke economic protests was [a] call to withdraw deposits from commercial banks and buy foreign currency. As a result, the population withdrew $924mn from the banking system on a net basis in August-September 2020 (the deposits both in national and foreign currencies). The net purchase of foreign currency by the population in August reached a record $622mn.

Despite the fact that this behaviour has not become crucial for the banking system – the population's funds in the banking system's liabilities decreased from 30.9% in July 2020 to 27.1% in September – the protests have already led to a rollback of the banking system's indicators to the situation of 2016-2017, when the central bank started to implement stabilisation measures after [the] financial crisis in 2015.

Another indicator of the current crises is the falling construction volumes, which fell [by 7.3%] in August 2020, and [by 13.4%] in September 2020. The entire construction sector was loss-making, booking a gross net loss of $855mn by the end of September.

The deterioration of the real estate sector’s financial condition resulted in a significant drop in income tax revenues paid to the state budget, which led to a deficit of $763mn (-2% of GDP) by the end of September 2020.

On top of that, the ICT sector, the fastest growing and most efficient sector of the national economy, started mass relocation of personal and businesses to neighbouring countries –Ukraine, Poland and the Baltic States.

Why did the general strike fail in Belarus?

Lev Lvovskiy: It failed for two reasons. First, Belarusian people are scared, and second, the government’s propaganda is working, alas.

Irina Yuzvak: In state enterprises and in some large private companies, management threatened employees with reprisals. Some workers are afraid of dismissal and losing their livelihood. Some are afraid of prison. A lot of reasons can be found easily. At the same time, many state-owned enterprises have large stocks of inventory in their warehouses, so they are not under pressure and could go several months without producing anything.

But there were also those, mostly private companies, who were closed for several days in protest. Then they had problems with government agencies.

Aleh Mazol: Employees of large state-owned enterprises are also under pressure from the management of enterprises, pro-government trade unions, as well as representatives of law-enforcement agencies. The atmosphere of fear is what keeps employees from showing social solidarity. In addition, many workers are under significant financial burden and if they are disloyal, they usually end up on the street, which is supplemented by the fear of losing their homes, bankruptcy. Family can also get into a “socially dangerous situation”, which allow social security services to take [the] children from the family.

Lev Lvovskiy: No. It depends on your definition “soon.” But certainly not this year and unlikely next near. Despite the political crisis, Belarus has saved something, so it can count on the savings during the time. They will help Belarus last perhaps a little bit longer. Should anything extraordinary happen (to [the] Belarusian economy), Russia will likely not allow it fail completely. That will be done not out of some political calculation but purely the economic reason: Belarus owes Russia a lot of money, so it is better to keep Belarus alive.

As for the fate of Lukashenko, I see two possible scenarios. First, he will not able to execute his powers as before – that is already gone. With the economy worsening but with law enforcement agencies still behind him, we may be headed to the scenario of a second Venezuela here – with full dictatorship (of Lukashenko) and with Russia's involvement to a certain degree, although Putin is not a big fan of Lukashenko, I believe. But Putin is also not a big fan of dictators losing any election and neither a fan of power changes on streets. The second scenario has perhaps to do with a power-sharing deal in Belarus, one being brokered by the European Union, Belarus itself and probably Putin.

Irina Yuzvak: The question can’t be answered clearly, predicting an exact date. There is no talk about this yet. But 2020 is not over yet, and it is so striking with its extraordinary events that it is impossible to imagine what else can happen in these 1.5 months.

Aleh Mazol: The main creditors of Belarus are China and Russia, so it would be wrong to expect that the country will be on the verge of default on its sovereign obligations. This will largely be determined by the position of these countries, which previously declared recognition of Lukashenko's legitimacy.

The Belarusian government's manoeuverability is significantly limited, and every next step and every next period of political crisis will aggravate the situation in the economy. In this regard, the socio-economic situation in Belarus will worsen in the short term. The country will be able to get out of the crisis only if new elections are held. The longer the political process is delayed, the deeper the economic crisis will become.

Poland ups the ante in feud with Brussels over judiciary reforms
6 hours ago
What's the current outlook for Belarus' export sector?
1 day ago
Russian gas exports to Europe tumble in June
1 day ago
Can we trust Russia’s economic statistics?
3 days ago
LONG READ: Is Russia’s economy headed for 'economic oblivion', as a report from Yale says?
3 days ago