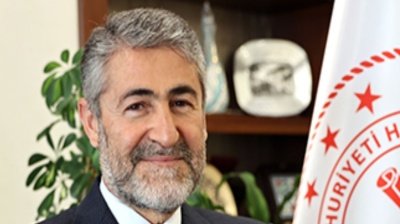 If Turkish Finance Minister Nureddin Nebati's found $24.4bn down the back of his couch, he ain’t telling.

Social media in Turkey this week has been buzzing with speculation as to where Turkey obtained the mystery sum to help finance its chronic current account deficit.

After the Financial Times examined the issue, asking in its headline “Who’s stuffing Turkey?”, Nebati, on September 15, took to Twitter to answer the question. Only, he didn’t answer the question. Nebati instead fobbed off the curious with a post reading: “Türkiye Economy Model Investment: Production, Employment, Exports, Growth.”

This is, of course, not the first time Nebati – disparaged as the ‘Nebati Comet’ and known for baffling the markets amid Turkey’s economic carnage – has indulged in such gobbledygook. In January last year, when asked by a television interviewer to provide details of an initiative to stem the collapse in the Turkish lira, Nebati responded: I won't give a number now. Can you look into my eyes? What do you see?... The economy is the sparkle in the eyes."

The curious $24.4bn was listed in the January-July current account data under account discrepancies known as net errors and omissions, or NEO. Such unexplained cash flows can sometimes be explained once foreign counterparts have cleaned up their own data. Only this figure is far too large to wave away with that explanation (the NEO total for the same period last year was only $10.2bn).

Tourism income, while pretty buoyant for Turkey this year at $16.4bn for 7M22, also cannot account for the puzzling sum.

Liam Peach from Capital Economics told the FT that the hefty NEO component could perhaps have resulted from mis-recorded capital flows, reflecting anything from the selling of gold, to the depositing of FX to the mis-recording of services trade or smuggling, but it was not possible to know for sure.

“It’s difficult to know exactly what is going on, but it’s clear that this has provided a key support to the current account deficit this year, and if these unexplained flows reverse it would put the spotlight back on Turkey’s low reserve coverage,” Peach said.

Timothy Ash from BlueBay Asset Management asked whether it might be that Turkish banks are quite content to accept money moving out of sanctioned Russia. The US and EU are meant to be taking a long hard look at this.

Such inflows into the banks might bolster the current account, which ran a deficit of $36.7bn in the year to end-July, and help the central bank keep the beleaguered Turkish lira from going into another nosedive.

Scratch your head, reach for the powers of deduction and you might recall how in October last year, the Paris-based Financial Action Task Force (FATF) – set up by the G7 group of advanced economies to defend the global financial system against money laundering and terrorist financing – placed Turkey on its “grey list”.

The international watchdog concluded that Turkey was failing to counter both money laundering and terrorist financing.

Turkey, the largest country to be downgraded in the announced review, needed to address “serious issues of supervision” in its banking and real estate sectors, and with gold and precious stone dealers, FATF president Marcus Pleyer told a news conference.

bne IntelliNews, by the way, has been down this murky road before.

The law allows individuals and companies to repatriate previously undisclosed cash, gold, FX, securities and other assets held abroad, or declare assets held in Turkey, without facing any questioning on the source of their assets or incurring a tax penalty.

Previous versions of the law imposed a small tax penalty on disclosed assets. The latest law applied no levies at all.

Assets, it made clear, could even be carried into the country in a suitcase and declared with no inquiries then posed as to their origins.

“Considering that money laundering requires committing other crimes such as in drugs, terrorism, etcetera, and waiting for an opportunity to enter the system to be cleared, this risk is important,” Transparency International Turkey chairman Oya Ozarslan told Aljazeera.

“Today, if someone comes to the border and claims to have brought €30mn, all they have to do is fill out a form for the public prosecutor and the Financial Crimes Investigation Board [MASAK],” Nedim Turkmen of Galatasaray University told the media outlet.

“We don’t know how much wealth was legalised as a result of the recent amnesties and regulations,” the Republican People’s Party (CHP) MP Erdogan Toprak told Aljazeera. “How much money, gold, jewellery and other valuables were brought into the country? The total value of the assets is no longer available to public.”

All the way back in 2016, a Deutsche Bank report entitled “Dark matter: the hidden capital flows that drive G10 exchange rates” noted significant financial inflows into Turkey under the net errors and omissions item.

The government solved the problem of those capital flows in 2019 by revising its balance of payments methodology. There were then no eye-catching inflows under NEO. The inflows were retrospectively transferred to the service income item.

Turkey has long seen heroin trafficked across its borders from Afghanistan into Europe, as well as people and arms. Billions of dollars from illegal enterprises in these areas often end up in offshore accounts. Critics suspect some of it finds its way to Turkey via the country’s wealth amnesties.

RBI's 2022 profits soar to €3.6bn, with Russian operations representing more than half
Romania gets European Commission’s green light for €1.6bn investment and development bank
M&A in Emerging Europe fell by 20% to €32.93bn in 2022