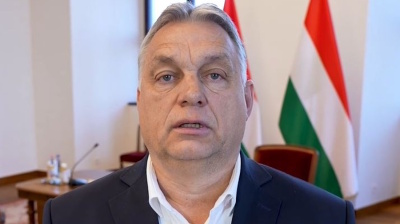 Viktor Orban's government has been attacked for rampant corruption, overpriced state tenders and the high share of single-bids in public procurement tenders that favour cronies and oligarchs close to the government. / bne IntelliNews
By bne IntelliNews September 7, 2022

The Hungarian government will establish an independent anti-corruption agency and an anti-corruption working group in a bid to unlock EU funding suspended because of the risk of corruption.

The latest Hungarian move will be a test of whether the European Commission is really committed to curbing corruption in Hungary and holding Viktor Orban's government accountable for its violations of the rule of law, at a time when his regime is struggling to close a yawning budget gap.

The European EU’s executive has been withholding approval for disbursements of €5.8bn of RFF funds and the €9bn loan facility to Budapest, citing concerns about the transparency of the public procurement system.

The decree was published in the official gazette Magyar Kozlony in the late hours of September 5. In an interview with Hvg.hu, Hungary’s chief negotiator with the EU said he expects RFF funds to flow in the spring of 2023.

The resolution sets a deadline of September 30 for submitting draft legislation on the establishment and operation of the authority to lawmakers, with the aim of setting it up by November 21.

The new authority would have "general oversight" and could intervene in instances in which it deems other authorities "have not taken sufficient measures to prevent, uncover and correct fraud, conflict of interest, corruption and other violations or irregularities that could unfavourably affect the efficient and productive management of the EU budget or the protection of the EU's financial interests", according to the resolution.

The government is establishing an anti-corruption workgroup, made up of government and non-government members, in equal part, by December 1.

The resolution notes that the measures are being taken in response to a conditionality mechanism procedure earlier launched against Hungary.

“If the government wants to take the fight against corruption seriously, it should join the European Public Prosecutor's Office (EPPO), he said. Chief prosecutor Peter Polt, a former Fidesz MP is widely accused of covering up corruption scandals close to the ruling party and its business elite.

Anti-graft group Transperancy International was also sceptical about the efficacy of a new body.

Hungary’s right-wing government has been attacked for rampant corruption, overpriced state tenders and the high share of single-bids in public procurement tenders that favour cronies and oligarchs close to the government.

A report by the Corruption Research Centre Budapest showed that some 40 or more companies of dozen 12 business owners close to the ruling Fidesz party won roughly 20% of all EU-funded state contracts between 2011 and 2020 without framework agreements and 12% with framework agreements.

The percentage of single-bid public contracts at 40% is one of the highest in the EU.

The cabinet vowed to amend legislation to establish a "stricter and most transparent" system for the use of EU funding”, and reduce the ratio of single-bid public procurements to under 15%.

After years of looking in the other direction, the new EU Commission has taken a tougher stance against Viktor Orban’s illiberal regime and launched the conditionality mechanism procedure in April for deficiencies in the rule of law. As reported by bne IntelliNews, the outcome of the procedure could lead to the suspension of transfers of EU budget funding to Hungary.

After a massive pre-election spending splurge, the ruling Fidesz government faces a dire financial strain on public finances. Besides the RFF funds, it is in intensive negotiations to secure the 2021-2027 Cohesion Fund resources.

Hungary’s chief negotiator, Minister for Regional Development Tibor Navracsics told liberal news site Hvg.hu that the government is waiting for a response from the Commission on the list of recommendations to make public tendering more transparent.

"I would be very disappointed if the European Commission were to make negotiations part of a political game", he said.

In an earlier interview, Navracsics said the government strives to reach an agreement before the end of the year at the latest.

If an agreement is reached with the European Commission, the first proceeds from the RFF funds could start flowing in the first quarter of 2023, he told Hvg.hu. This is the first time Hungary’s former EU commissioner, a moderate conservative, made reference to the timing of the release of the funds.

First official results from Bosnian elections put nationalists ahead after exit polls predicted losses
8 hours ago
Georgian MPs want to rid the country of oligarchs, but not all of them
8 hours ago
Hungary agrees on deferred payments with Gazprom for winter gas deliveries
8 hours ago
US sanctions Russia’s CBR head Nabiullina and other officials
8 hours ago
Russia prepares for new attacks against Ukraine from Belarusian territory
9 hours ago