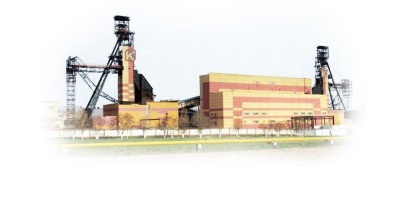 The US sanctions ban US businesses from doing business with Belaruskali, Belarus' biggest potash producer, but they don't ban working with its trading company BPC. / wiki
By Ben Aris in Berlin August 10, 2021

The US handed down some of the harshest sanctions yet on the Belarusian government and its leading companies on August 9, the anniversary of the disputed presidential election that plunged the country into its worst political crisis since the fall of the Soviet Union. But analysts say the US Treasury Department Office of Foreign Assets Control (OFAC) has pulled its punches again; while the sanctions will hurt the company’s business badly, it could have been worse as there is a loophole in the new regulations that will allow Belaruskali to continue working.

The new OFAC sanctions on Belaruskali prohibit US companies from trading with the Belarusian company and its affiliates. Belaruskali exports account for around 20% of Belarus’ entire export revenues and Western Europe is one of the main customers, although its potash is exported all over the world, especially to India and China.

The new US sanctions won’t come into effect until December 8 (120 days) and a special license has been created to cover the interim period to give companies with contracts with Belaruskali time to settle their affairs. All new contracts are prohibited.

Potash has already been targeted during the round of EU and US sanctions imposed this summer following the forced landing of a commercial Ryanair flight and arrest top opposition blogger Roman Protasevich and his girlfriend on May 23. However, those sanctions precluded the most widely bought class of potash that make up 80% of the company's exports. Under the terms of the new sanctions US companies are precluded from doing any business at all with Belaruskali.

The White House’s decision immediately made investors nervous, fearing a spike in potash prices. In 2018 the OFAC imposed similar sanctions on Russian oligarch Oleg Deripaska and his Rusal aluminum producer that caused chaos on the international metals market and led to a spike in aluminum prices that boomeranged back and threatened to undermine the profits of US companies. Aluminum prices jumped 33% in only 10 days and there was a 7% decrease in the company’s sales for the full year. According to one report the cost of a can of Coca-Cola was set to rise by 10 cents as a result. OFAC backed off and by the end of the year was forced to embarrassingly rescind the sanctions completely – the only sanctions to be withdrawn since the sanctions regime was introduced in 2014.

Now investors are worried the same thing will happen again in the fertiliser markets: Rusal accounted for only 6% of the global market whereas Belaruskali has a 16% share of the global market. Taking it out of the picture could potentially have a much larger impact on the price of the widely used fertiliser.

Potash prices have already been driven higher in recent weeks as sanctions began to target Belarusian business. Prices were up for the fourth week in a row and now potash saw the largest month-to-month gain, increasing 10% from June to an average price of $501/ton.

This marks the first time potash has had an average price above $500/ton since the fourth week of September 2013 when the fertilizer was at $500/ton, reports farmer website DTN.

The other fertilizer prices were also up with phosphorus fertilizer prices rising 5% compared to the prior month and now has an average price of $693/ton. The average urea price was 4% higher than last month at $550/ton, while MAP gained 2% to $730/ton.

Ironically Russia will be a big winner from the rallying potash prices as its firm Uralkali is the other big produced in the region and set to step into the shoes vacated by Belaruskali. Indeed the two companies used to work together in a mini-cartel until Lukashenko ended the tie up by demanding a larger share of the market.

The US is less in the firing line this time round as US businesses make up no more than 10% of Belaruskali’s revenues, but the increasingly global nature of business means restrictions on US businesses reverberate into other markets and de facto become global; in 2018 Asian companies also stopped buying Rusal’s metal, afraid of having their US business punished for sanctions busting in Asia.

But there is a loophole. While the new sanctions target Belaruskali, which actually mines the potash, they do not mention Belarus Potash Company (BPC), which is an exclusive export marketing holding for Belaruskali and is the legal counterparty on any export deal. Belaruskali holds only a 48% stake in the trader.

Analysts at VBT Capital speculate that in the meantime Belarus will be able to continue to export its potash via BPC with impunity, although it is clear the volumes of exports will fall as some customers will not be prepared to take the new risks.

“Hence, based on the currently available information, we see the announced sanctions as having a limited impact,” VTBC analysts Elena Sakhnova, Ivan Postevoy and Artem Vodyannikov said in a note.

“Still, we expect them to add nervousness on an already tight potash market, providing a further impulse for price gains and supporting global potash names, including ICL (Buy) and Mosaic (Hold),” the analysts said.

Phosphate and potash are not interchangeable, hence there will be no impact on PhosAgro, another leading fertiliser company, the analysts added.