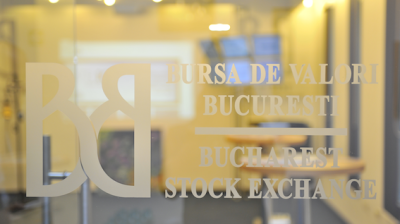 By Iulian Ernst in Bucharest September 27, 2019

Romania has been reclassified from frontier to secondary emerging market effective from September 2020, FTSE Russell announced following its September 2019 annual review of the country’s capital market.

"Today's FTSE Russell announcement is a historic decision for Romania. The Romanian capital market enters a more select club of high profile exchanges, equivalent to the ‘investment grade’ category that our country benefits from in the classification of the rating agencies and now has the chance to contribute even more to the capitalisation of the Romanian real economy," Finance Minister Eugen Teodorovici commented.

Adrian Tanase, CEO of the Bucharest Stock Exchange (BVB), called the decision a "historical moment" for Romania. "When the stock market is doing well the economy is doing well. I do hope this status upgrade will make more managers from state-owned and privately held companies see the stock exchange as the go-to place where they can further develop their businesses," he commented, according to a statement from the bourse.

"Funds much larger than the ones that have invested so far and that manage hundreds of billions of euros will be allowed to invest here in the next years as these funds’ managers are restricted by the prospectus to invest in frontier markets."

Romania was added to the shortlist for this status on September 2016, with the possibility of being reclassified as an emerging secondary market. However, it has taken several years of hard work to meet all the critiera, Tanase explained in an interview with bne IntelliNews in 2018.

As part of the annual review in September 2019, the FTSE reclassification committee decided that the BVB finally met the liquidity criterion, where it went from "restricted" to “fulfilled".

Romania will be removed from the FTSE Frontier index and included in the FTSE Global Equity Index Series (GEIS), starting in September 2020.

The final decision on their inclusion in the September 2020 FTSE Global All Cap Index will be taken on the basis of the stock market situation on June 30, 2020.