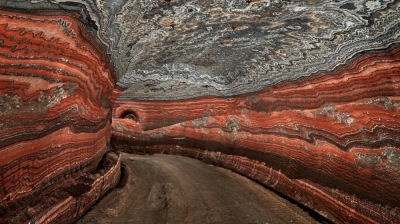 Russia is comfortably one of the world’s top fertiliser producers. Any bans on exports of Russian fertilisers would have a knock-on effect on the global food industry in the short term, and would likely lead to a lasting shake-up of agricultural supply chains in the longer term too.

Commodities are being weaponised in Russia’s war against Ukraine. Russian President Vladimir Putin recently demanded that Europe – which gets 40% of its gas from Russia – settle its Russian gas contracts in rubles.

And on March 8, US President Joe Biden announced an embargo on imports of Russian oil to the US, before announcing that his administration will release 1mn barrels of oil from its strategic reserve each day for the next six months to cover the shortfall.

The metals and uranium industries have also been affected by the response to Russia’s invasion of Ukraine. Russia’s government is reportedly considering a ban on uranium exports, which could cause problems for the US nuclear energy industry, for which it is a major provider.

Agriculture could be the next industry to fall foul of this trade war. Russia represents 17% of global potash fertiliser trade, according to the Food Policy Research Institute. It also accounts for 15% of global trade in nitrogenous fertilisers.

Europe is one of Russia’s main customers, as is Central Asia. Some countries in Europe and Central Asia rely on Russia for as much as 50% of their fertiliser supply. Alternatives for such a large share cannot be sourced quickly.

The problem is exacerbated by Russia’s dominant position in the natural gas market. Gas is an important element in the manufacture of fertilisers, and Russia is responsible for 20% of the world’s natural gas trade, complicating attempts to switch to domestic production.

Fertiliser prices have been rising dramatically since 2021, which is partly attributable to Russia’s military build-up on Ukraine’s borders and subsequent invasion.

According to commodity consultancy CRU, prices for the raw materials which go into fertilisers – ammonia, nitrogen, potash, urea, phosphates, sulphates and nitrates – have risen by 30% since the start of 2022.

Nitrogen fertiliser prices have now beaten the records set during the global commodity bubble in 2008, continuing to rise this year following a 253% jump in Europe in 2021.

Europe’s biggest fertiliser producer, EuroChem, has been restructured. Previously the beneficial owner was Andrey Melnichenko until March 9 when he withdrew aftr appearing on a sanctions list from all company activity and relinquished his status as beneficial owner. EuroChem’s Russian CEO stepped down in March after being sanctioned by the EU, a move which the company said “lacks any conceivable justification”. Eurochem Group is based in Switzerland and currently has no CEO, but a new one is expected to be appointed soon, the company told bne.

After a campaign by European farmers to block EuroChem’s acquisition of Austrian plastic group Borealis’ nitrogen fertiliser assets, Borealis turned down an offer from EuroChem of €455m.

“We have closely assessed the most recent developments around the war in the Ukraine and sanctions that have been put in place,” said Thomas Gangl, CEO of Borealis. “As a consequence, we have decided to decline EuroChem’s offer for the acquisition of Borealis’ nitrogen business, including fertiliser, melamine and technical nitrogen products.”

The Russian government announced in December 2021 that it would restrict nitrogen fertiliser exports for a period of six months. Given Europe’s agricultural dependence on Russia, a blanket ban on fertiliser exports is unlikely, and could result in global food supply problems.

How well will the EU’s oil embargo on Russia’s seaborne exports work?
2 hours ago
Foreign investment has transformed Eastern Europe, says wiiw report
1 day ago
Will Croatia’s latest shot at World Cup glory ease economic slowdown?
2 days ago
Belarus’ government to expand political-economic control at the expense of economic growth
2 days ago
Sino-Russian ties continue to deepen as Western sanctions drive their economies together
3 days ago