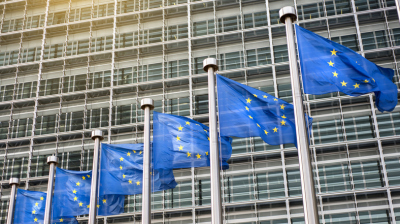 The EU has announced plans to cut Russian gas imports by two thirds within a single year in response to Moscow’s actions in Ukraine.

Russia is the bloc’s largest gas supplier, meeting around 40% of its gas consumption. In light of the Ukrainian conflict, however, the European Commission has published a plan to replace 100bn cubic metres of annual Russian supply, which reached 155 bcm in 2021. Furthermore, it is seeking the EU’s reliance on Russian gas completely “well before 2030.”

“The answer to this concern for our security lies in renewable energy and diversification of supply,” EU climate policy head Frans Timmermans said in a statement. “It’s hard, bloody hard. But it’s possible.”

Gas supplies from countries like the US and Qatar could replace more than a third, or 60 bcm, of Russian supply. New wind and solar projects could replace a further 20 bcm of gas demand this year, and by tripling capacity by 2030, adding an extra 480 GW of wind and 420 GW of solar, the commission believes a reduction of 170 bcm of annual consumption could be achieved.

The Commission adds that if consumers turn down thermostats by just one degree Celsius, that could save a further 10 bcm, and by 2030, replacing gas boilers with 30mn heat pumps could save an extra 35 bcm.

The proposals follow mounting calls from European governments for embargoes to be placed on imports of Russian energy. But these calls come at a time when Europe is already in the grip of an acute energy crisis, as a result of robust demand, global supply constraints and low levels of gas in storage.

Data published by Gas Infrastructure Europe shows that EU gas storage facilities are now less than 27% full. There is usually more gas in stock at this time of the year, but Europe entered the heating season last year with much fewer reserves than usual, as the impact of the coronavirus (COVID-19) pandemic on markets meant that there was less incentive over last summer for governments and companies to inject supplies into storage.

While Europe looks to wean itself off Russian energy, Russia has meanwhile signalled it might restrict oil and gas exports in retaliation for Western sanctions, including gas volumes via the Nord Stream 1 pipeline.

Regarding oil, Europe can more easily find alternatives to Russian supply, though its vulnerability is much greater when it comes to natural gas. North Macedonia, Bosnia and Moldova are the most dependent on Russia for gas, relying on Gazprom for close to 100% of their supply. But given that these countries are outside the EU and have not backed sanctions against Moscow, they are unlikely to be cut off. But others that have turned against Russia over Ukraine, such as Germany, are vulnerable. Germany gets almost half of its gas from Gazprom, and without any LNG import capacity, it could not easily replace this supply. It may be able to tap extra supply from the Netherlands, however, but only if the Dutch government allowed more production from the earthquake-causing Groningen field. Then there is Italy, which gets 46%, Slovakia, which gets 70%, Bulgaria 77% and Finland 94%, which have alternative sources of supply at hand, but again, would struggle to find replacements for all the lost Russian volumes.