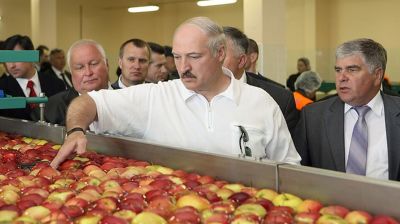 The European Bank for Reconstruction and Development (EBRD) has adopted a new four-year cooperative strategy for Belarus as the republic becomes more open about its politics and civil and human rights record.

In the changing regional geopolitical environment, Belarus “has engaged in greater international openness and become more willing to discuss domestic political developments, including the human rights situation in the country”, a bank statement said on September 7.

Since the start of its operations in the former Soviet republic in 1992, the EBRD has invested almost €1.8bn in some 70 projects in various sectors of the economy. The bank revised its approach to Belarus in April 2011 after the disputed 2010 presidential election and amid continuing rights violations. The policy meant the lender concentrated on developing the private sector and did not give financial or technical support to the central authorities.

Recent positive developments “created a new political context for the bank’s operations in the country and provide an opportunity for enhanced engagement with the Belarusian authorities”, the EBRD said.

The change in stance follows the lifting of most EU sanctions against Belarus in February, which in turn was a response to the government's release of political prisoners in 2015, before general elections that installed President Alexander Lukashenko for a fifth consecutive term.

However, it remains to be seen how the national leadership will repond to any perceived encroachment on its writ in key areas. As relations improved this year with the International Monetary Fund (IMF), Lukashenko told his government not to "grovel in the dust" before the multinational lender in tentative talks about a possible new $3bn credit.

The EBRD is now prepared to support reform initiatives of the government with investments and technical assistance to develop the private sector, promote privatisation and enhance the sustainability of public infrastructure through commercial solutions. The move tallies with Minsk's wish to nuture more foreign investment as it grapples with the ill-effects of neighbouring Russia's recession.

Enhancing the competitiveness of the real economy is the main focus of the new strategy. “The EBRD will seek to provide long-term debt and equity financing to local and foreign investors as well as support small and medium-sized business (SME) lending through the development of a sustainable commercially oriented banking sector ... The bank will also promote the privatisation of state-owned enterprises by strategic investors,” the bank said.

Another priority is enhancing the sustainability and service quality of public infrastructure: “The EBRD will encourage private sector participation in the provision of public infrastructure services. The bank will also seek to support well-defined reform initiatives of the government in the municipal, transport, power and energy sectors through its investments and technical assistance.”

In May 2014, the EBRD and the Belarusian government signed a memorandum of understanding under which the authorities in Minsk will by 2020 sell a controlling stake in Belinvestbank, Belarus’ fourth largest lender by assets, with support from the EBRD.