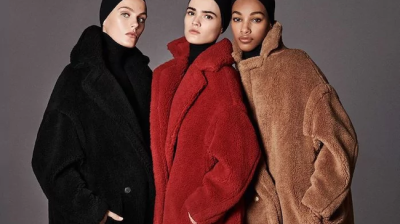 Russia's leading online store Wildberries says that "cherry pickers" work all year round seeking out discounts and bargains. As Russia suffers from a heatwave, the cherry pickers have been snapping up fur coats. / WIKI
By bne IntelliNews June 25, 2021

As Russians suffer the hottest June in over a century, the leading e-commerce site Wildberries reports that the sale of fur coats has doubled year on year.

“In June, the Wildberries analytical service noted an off-season increase in demand for fur coats: from June 1 to 23, Russians ordered 82% more fur coats than a year earlier. The most dynamic growth in demand was for environmentally friendly Cheburashka fur coats (+ 123% y/y) and natural fur coats (+ 121%),” the online retailer said in a press release.

Cheburashka is the name of the large-eared Russia children's character that later also became the official Soviet Olympic mascot. More recently it has also become the name of a fake fur style of coat that has become very popular in Russia, known in the West as "teddy bear" coats.

Wildberries explained the off-season boom in sales was due to the activity of the “cherry-pickers,” consumers that use the company’s large online platform to actively seek out bargains; obvious during the hottest months of the year, when the discounts for fur coats are the greatest.

While real fur is frowned on in most Western European markets, an expensive fur coat remains a status symbol in Russia and a sought-after item, despite the rise in popularity in recent years of the fake fur alternatives. Fur coats made from natural fur are in the greatest demand in June 2021, reports Wildberries, with the most popular model being a grey fur coat worth RUB21,500.

The biggest season for fur sales is when the cold weather sets in from September, and runs to February, although the winter can often last until well into April. Nevertheless, the off-season sales volumes made up 21% the full year sales.

Of all the fur coat sales, so far the most expensive was a short coat made of natural fur costing RUB151,000, bought by a resident of Biysk, in the Altai Territory in Siberia.

Cherry pickers work all year round, studying the assortment and anticipating discounts, says Wildberries. For example, about 37% of all summer shoes and sandals are bought between September to February by cherry pickers for discounts of between 18% and 36%.