COMMENT: Russia could lose its gas customers if it insists on payment in rubles 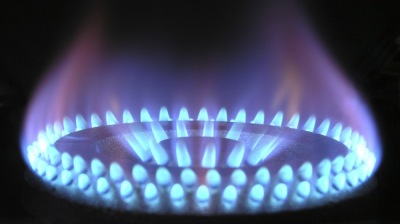 In March Putin insisted that "unfriendly countries" must pay for gas using rubles, in an effort to shore up the exchange rate, but he also risks losing Russia's gas customer bases as a result / wiki
By Petr Ter-Avanesyan in Moscow March 29, 2022

Converting payment for gas exports into rubles is a solution to a short-term problem that runs the risk, with a high probability, of completely losing the sales market in the long term.

Putin warned the West on March 18 that billing in rubles for billions of dollars worth of natural gas exports to Europe could be just days away, in his toughest response yet to crippling sanctions imposed by the West following the invasion of Ukraine.

Putin said the West has declared economic war on Russia by freezing Russian assets, and so Russia saw no point in receiving dollars or euros for Russian exports anymore. The government subsequently ordered gas export monopoly Gazprom, which supplies 40% of Europe's gas, to accept export payments in rubles, and that it had just four days left to work out how.

This is clearly a bold move to support the ruble exchange rate. However, Gazprom would be in violation of its own contract terms if it insists on ruble payments and stops deliveries if payments are not made in Russian currency.

Russia is currently requiring exporters to sell 80% of their hard currency earnings – effectively using its extensive export earnings to replace the Central Bank’s frozen reserves and stop the Russian ruble from falling even further.

In 2021, cumulative exports – including the headline gas exports – was roughly worth $500bn. There are approximately 250 business days in a year, so 80% of revenue is worth approximately $1.5bn in sales per day. This is enough for the ruble to strengthen with a temporary paralysis of imports and the absence of speculators in the foreign exchange market.

Let's assume for simplicity that gas is only the beginning; that in fact ALL Russian exports will be converted into rubles.

In this case, the importer in the West will have to buy rubles if they want to buy gas, oil, nickel, etc. from Russia. This means that the importer will buy 100%, whereas for comparison the exporter currently sells only 80%.

For the sake of an additional 20% of export earnings, Russia has taken the unprecedented decision to oblige the importer, who already sees Russia as an enemy, to buy currency, which has just plunged by 50% in value from RUB75 per dollar a month ago.

A 20% difference is not a game-changer. Putin said it was not safe to sell gas for US dollars. But westerners will be buying rubles for dollars and euros anyway, so how are we going to escape sanctions if we keep stoking euros coming from ruble purchases from western importers.

Exchange rate volatility is an additional risk for the importer. Additional risk equates risk premium. If Urals is sold currently at a 30% discount in dollars to the market, what would the discount look like if we sell in rubles?

For argument’s sake, you are used to refuelling at BP, although the service has deteriorated, and it is no longer as good as before. Out of habit, you continue to refuel at BP. And suddenly BP writes that from now on, to refuel you have to pay in pounds. What would be your reaction?

By transferring customers to pay in rubles, Russia is losing its sales market for a long time.

Few will agree to trade oil for Chinese yuan. But the yuan is a stable currency against the background of the volatile seesawing ruble. For the sake of momentary profit in extra 20% of revenue, Russia will lose loyal customers – and forever.

I don’t see how this new payment scheme via rubles is safe from sanctions, as westerners still will have to sell euros for rubles on the Moscow Exchange and ultimately the bourse will have a huge pile of euros which will still be under risk of sanction.

Long-term contracts will have to be rewritten but it might ultimately look like a series of defaults and we will end up in the Stockholm Arbitrage Court.

Petr Ter-Avanesyan is the founder of Invest Navigator Telegram channel with 30,000 subscribers. He has worked in senior trading roles at Mentatep, Trust Bank, International Financial Club Bank, and was latterly head of research at Russian Agriculture Bank.