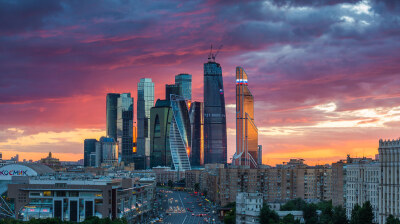 The US imposed fresh sanctions on Russia, but all told they are mild and won't materially hurt the Russian economy nor cause problems for the Ministry of Finance's funding plans. / wiki
By Gunter Deuber of Raiffeisen Research in Vienna April 15, 2021

The US took a mild path yesterday for the time being with the new sanctions on Russia’s debt. In our opinion, sanctioning the primary market activity of OFZs for US entities has as little impact on Russia and international financial markets as the sanctioning of foreign currency bonds on the primary market that has already taken place.

We think in the short and medium term the following presumed effects - as put forward by the US administration yesterday - are rather wishful thinking in relation to current measures: "Judging from history, removing US investors as buyers in this market can create a broader chilling effect that raises Russia's borrowing costs, along with capital flight and a weaker currency. And all of these forces have a material impact on Russia's growth and inflation outcomes".

In the case of Russia, we do not see any possibility of setting such chains of effects in motion soon. Fully sanctioning a sovereign on primary markets in foreign currency and its local currency is possibly still more a diplomatic symbol than a markets gamechanger. We see these presumed mechanisms of action more as intended for domestic political use in the USA and currently have little connection to the reality in Russia or on the international financial market

Given high oil prices, the level of deficit in 2021 in Russia is likely to reach near-zero levels (the initial official estimate stood at RUB2.8 trillion). This removes the need for huge borrowings to finance the federal budget deficit, especially taking into account that gross OFZ placements already exceeded RUB730bn in Q1 2021.

According to the Central Bank of Russia (CBR), the share of US investors in OFZ stood at 6.9% at YE 2020 and is not material enough to affect the sovereign borrowing plans and needs.

The most active sell-off happened in March when non-residents sold OFZ for RUB125bn. Still, the Ministry of Finance and CBR are keeping track of the events. MinFin officially commented that they are closely following the situation and will take a decision on primary market placements in the coming weeks based on market conditions.

The CBR pointed out that the share of non-residents in the primary OFZ placements was ~10% in March. The regulator is ready to employ all available tools to maintain financial stability, while the first step would be to raise borrowing costs soon.

The sanctioning of existing bond holdings and secondary market activity would certainly be "decisive for the war", especially if an extraterritorial effect were to be implemented here. But at present we see no signs of this.

The US reserves the right to impose further sanctions, but we do not expect this to happen - as long as Russia does not provide any further geopolitically relevant escalation. Some countermeasures cannot be ruled out in view of the Russia election calendar, but too much material sanctions impact or a full geopolitical escalation is not compatible with the domestic election calendar either.

However, the Biden administration has shown that it has reacted faster rather than slower on the sanctions front ... and at the current pace there could still be quite a few sanctions looming in the coming years and the arsenal of possible further sanctions is certainly well filled, perhaps there just won't be as many in 2021.

That said, it is becoming increasingly clear to all concerned that we are living in the seventh (Western) year of sanctions against Russia. More successful Western sanctions regimes - where a change in the behaviour of the sanctioned party was then recognisable - lasted seven to ten years according to the empirics of sanction regimes. In the case of Russia, we can expect sanctions to last at least until well into the 2020s or 2030s, and thus perhaps for 15-20 years or more.