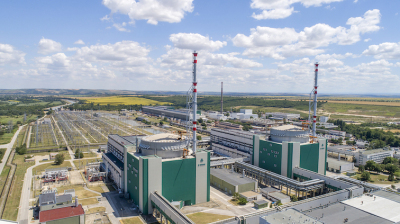 Bulgaria’s sole nuclear power plant Kozloduy has signed contracts with Westinghouse and Framatome on the delivery of fuel for its two operating reactors, securing independence from Russia, which was until now the sole supplier, the energy ministry said in a statement on December 30.

The signing of the two contracts comes after the parliament decided that the country must speed up the process of securing an alternative supplier for the power plant, which is currently using fuel delivered by Russian company TVEL.

With Westinghouse, Kozloduy NPP signed a ten-year contract on delivery of fresh nuclear fuel for its 1,000-megawatt unit 5. According to the energy ministry, the deal was reached at “significantly improved” terms compared to an offer received in July.

Westinghouse will also implement an internal reactor control system in 2023, which for safety reasons will work in parallel with the current one.

With Framatome, Kozloduy NPP signed a contract for the supply of fresh nuclear fuel for its 1,000-megawatt unit 6.

The draft bill, adopted in first reading, was proposed by Gerb and backed by Change Continues, the Movement for Rights and Freedoms (DPS), Democratic Bulgaria, Bulgarian Ascend and one independent MP. As expected, it was opposed by the pro-Russian Bulgarian Socialist Party (BSP) and Vazrazhdane.