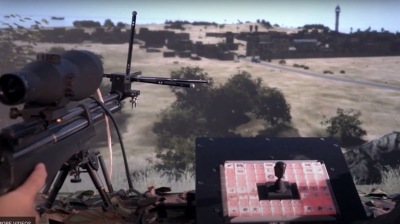 “During our partnership with Bohemia, we have developed an enormously strong working relationship,” commented Riverside Partner Martin Scott. “We have helped them expand from a single-product company to a three-, soon to be four-product company, internationalized sales into an unrivalled ecosystem of 360+ customers across 63 countries, built a scalable operations infrastructure and professional management team, as well as supported two generations of development of the company’s flagship product,” Scott added.

The company is subject to customary regulatory and closing conditions to complete the translation. The price of the transaction has not been disclosed.

"Bohemia Interactive Simulations is one of the world leaders in this area. They model specific combat situations for armies, so that soldiers become familiar with the terrain, and military commanders experience the consequences of their decisions. The transaction is therefore worth billions of dollars," said computer games expert Petr Polacek, former head of marketing at Bohemia Interactive, the former "mother" of BISim, to the daily Hospodarske Noviny.

According to BAE, once the acquisition is finished, BAE Systems customers would have access to the company’s system integration experience, complemented by BISim’s innovative training products and solutions to enhance military readiness for the US and its allies.

“This proposed sale of Bohemia represents the 14th exit from Riverside Europe Fund IV, delivering another strong result for our LPs. I am proud of our long and successful partnership with the team at Bohemia and look forward to following the next stage in their story with BAE Systems,” noted Managing Partner of Riverside Europe Karsten Langer.

“With Riverside's strategic advice and financial backing, we have transformed Bohemia into a true world leader and set the foundation for an exciting, continued growth story with our new owner, BAE Systems,” added Bohemia CEO Arthur Alexion.