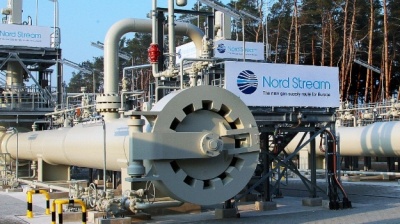 The Germany government has withdrawn a key document needed to certify the Nord Stream 2 gas pipeline, making it impossible to complete the process. / wiki
By bne IntelliNews February 22, 2022

The Germany government has withdrawn a key document needed to certify the Nord Stream 2 gas pipeline, making it impossible to complete the process, AP reported on February 22.

The decision follows Russian President Vladimir Putin’s decision to recognise the breakaway republics of Donetsk and Luhansk on February 21.

The Kremlin has been pushing for the certification of the pipeline that was completed in September but still requires the German authorities to give regulatory permission for it to go into operation.

Kyiv has been actively lobbying against the pipeline which would allow Russia to by-pass the country completely. Ukraine earns around $2bn a year in transit fees from Russia – money it desperately needs.

He said that Kyiv believes that Russia is trying to create a legal basis for further aggression against Ukraine. "Sanctions should include a complete shutdown of Nord Stream 2," Zelenskiy added.

Chancellor Angela Merkel oversaw the construction of the pipeline, which she said was an “economic project” and not political. While the shutting down of the pipeline has long been discussed as a possible sanction, analysts had assumed that it would be one of the last and more severe sanctions to be imposed, not the first.

According to previous remarks, Nord Stream 2 was to be shuttered if there was a full-scale invasion of Ukraine by Russia. The Kremlin ordered peacekeepers into the Donbas yesterday as part of Putin’s decision, which is not an invasion, but it was the first time that the Kremlin has openly moved its servicemen into what is still considered to be Ukrainian territory by the rest of the world.

The EU and US are considering their response to Putin’s decision and more sanctions are expected to be announced today, including possible sanctions on Russia’s financial system and its ability to issue bonds.

Germany has also resisted the call to ban Russia from the SWIFT messaging service. That remains unlikely, as analysts say that could spark a financial crisis because the volume of money involved is so large.

Analysts were underwhelmed by the annoucement saying that it would affect the bottom line of Russia’s state owned gas behemoth Gazprom, but not by much.

“We view this development as negative but not overtly so for Gazprom. According to the company, the benefit of Nord Stream 2 is that it should bring Gazprom c. $1bn in EBITDA savings per year, which is equivalent to about 2% of our EBITDA forecast for 2021 and 2-3% of our forecasts until 2026. We had these savings in our model starting from 2024,” Sova Capital said in a note.

Taking Nord Stream 2 offline permanently will also not affect Gazprom’s trade with Europe as there is plenty of spare capacity via the Ukraine to export the 200bcm to Europe per year that Russia sells to Europe.

“However, if Ukraine, with which Gazprom has a prepayment contract, were taken out of the equation, we calculate total capacity via other routes to Europe at 190bcm per year, based on Gazprom data. The issue, however, could be moving gas around continental Europe if there were no supplies to Hungary and Slovakia via Ukraine,” says Sova Capital.

Russia is not expected to retaliate by cutting or squeezing gas supplies to Europe to punish the German decision. Since the busienss was established in the 1970s Gazprom has been at pains to portray itself as a reliable energy supplier. Even after Scholz annoucement, President Vladimir Putin said later the same day that Russia would continue its uninterrupted supply of gas to the international market, Interfax reported.