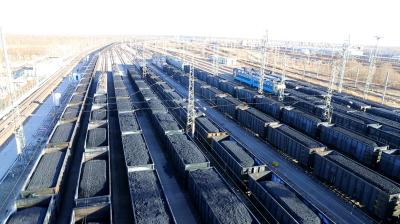 World coal consumption reached a new high in 2022 before levelling out in 2023 and 2024, with rising usage in emerging Asian countries cancelling out falling demand in advanced economies.

The International Energy Agency (IEA) said in Coal 2022, its annual report on the sector, that consumption rose by 1.2% in 2022 to surpass 8bn tonnes.

Higher natural gas prices amid the global energy crisis led to increased reliance on coal for generating power, but decelerating economic growth at the same time reduced electricity demand and industrial output – and power generation from renewables has risen to a new record.

The major warning of the report was the global coal consumption was unlikely to fall by 2025 because of an absence of stronger efforts to accelerate the transition to clean energy.

Europe saw a small rise in consumption, although this is expected to be temporary, the IEA said. In China, the world’s largest coal consumer, a heat wave and drought pushed up coal power generation during the summer, even as strict coronavirus (COVID-19) restrictions slowed down demand.

“The world is close to a peak in fossil fuel use, with coal set to be the first to decline, but we are not there yet,” said Keisuke Sadamori, the IEA’s director of Energy Markets and Security. “Coal demand is stubborn and will likely reach an all-time high this year, pushing up global emissions. At the same time, there are many signs that today’s crisis is accelerating the deployment of renewables, energy efficiency and heat pumps – and this will moderate coal demand in the coming years. Government policies will be key to ensuring a secure and sustainable path forward.”

The international coal market remained tight in 2022, with coal demand for power generation hitting a new record. Coal prices rose to unprecedented levels in March and then again in June, pushed higher by the strains caused by the global energy crisis, especially the spikes in natural gas prices, as well as adverse weather conditions in Australia, a key international supplier.

Europe, which has been hit heavily by Russia’s sharp reductions of natural gas flows, increased its coal consumption for the second year in a row. However, by 2025, European coal demand is expected to decline below 2020 levels.

However, the report noted that despite high prices and comfortable margins for coal producers, there is no sign of surging investment in export-driven coal projects.

Governments, banks and investors – as well as mining companies – continue to show, in general, a lack of appetite for investment in coal, particularly thermal coal.

Coal demand is forecast to fall in advanced economies in the coming years as renewables increasingly displace it for electricity generation. However, emerging and developing economies in Asia are set to increase coal use to help power their economic growth, even as they add more renewables. Developments in China, the world’s largest coal consumer, will have the biggest impact on global coal demand in the coming years, but India will also be significant.

Coal used in electricity generation, the largest consuming sector, grew by just over 2% in 2022. By contrast, coal consumption in industry declined by over 1%, mainly driven by falling iron and steel production amid the economic crisis.

The persistence of coal is a major threat to the climate, with Fatih Birol, executive director of the IEA, warning COP27 in November 2022 that reducing coal consumption was the central challenge to achieving the world’s climate targets.

He warned that if nothing is done, emissions from existing coal consumption plants in power and industry alone will easily tip the world over the 1.5°C limit.

The IEA’s Coal in Net Zero Transitions report, which was launched at COP27, said that that the overwhelming majority of current global coal consumption occurs in countries that have pledged to achieve net-zero emissions. He also warned that coal had stubbornly refused to decline in recent years.

Crucially, the report said that global coal use was heavily concentrated in a relatively small number of countries, such as China, the US and South Africa, where the fuel plays important roles in the economy, local development and energy systems.

Yet despite coal’s resilience as a source of energy, the IEA said in a separate report in November 2022 that solar was set to overtake coal as the world’s leading source of power supply by early 2025.

Renewable energy growth was now being turbocharged and would double over the next five years as a direct result of governments seeking to strengthen energy security during the current energy crisis, the IEA said.

The key issue was that the war in Ukraine and the wider gas price crisis had kick-started renewables expansion, and forced governments to put greater focus on renewables.

bneGREEN: Most growth in power generation by 2050 will be solar and wind – BP
Climate-related crises among main drivers of human trafficking, UN drugs and crime office says
NEMETHY: Key economic and financial drivers to watch in 2023

bneGREEN: Most growth in power generation by 2050 will be solar and wind – BP
10 hours ago
bneGREEN: Renewable energy was a hot topic in Davos but for Europe, much work remains
7 days ago
bneGREEN: Floods turn Drina river in Bosnia into floating landfill
9 days ago
Central Asia’s shorter winters are whittling away glaciers
14 days ago
bneGREEN: River of waste clogs Serbia’s Lake Potpec after heavy rains
15 days ago