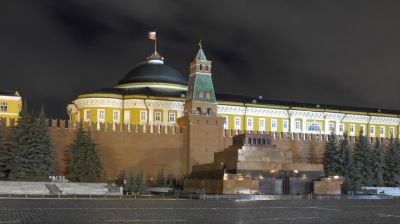 Having built up massive hard currency reserves and believing the threat from the west is contained, Putin is ready to loosen the purse string and focus more on boosting the economy
By Timothy Ash Senior Sovereign Strategist at BlueBay Asset Management in London January 29, 2020

Things are happening in R 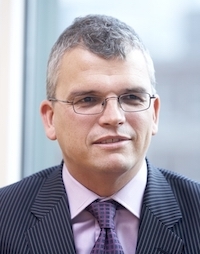 ussia – with change signalled both in the political and the economic policy settings.

The signal from the cabinet reshuffle, and the promotion of his former economic adviser, Andrei Belousov, to the post of first deputy prime minister, was that Putin is moving to change the economic settings from “Fortress Russia” to “Going for Growth Russia”, as Belousov has hitherto been an ardent supporter of more pro-growth, some have argued “Keynesian” policies. Notable herein was also the demotion of the prudent finance minister, Anton Siluanov, from the post of deputy prime minister, which added to the sense that a fundamental change is afoot in terms of economic policy.

Much has been made of these changes as reflecting on Putin’s thoughts towards his legacy, and that he is mindful of the succession, perhaps therein taking recent moves (to the side) by Nursultan Nazarbayev in Kazakhstan. The thinking is to move to a kind of “supervisory” board role for Putin – chairman of the board of Russia inc,.

I think it is right to think of the focus on growth as being related to the political changes – Putin is likely going to put his changes to the people via a constitutional referendum, and creating a sufficient economic feel good factor therein likely will be important to ensure that Putin gets his Soviet-style majority backing for any such reform.

But I think it would be wrong to solely explain these moves by Putin’s thoughts towards his own “retirement”, whether full or partial.

Indeed, I think part of the explanation for these changes lies in confidence on the part of Putin that he has won the geopolitical battle with the West. From Moscow’s view Trump is weakening Euro-Atlantic political/security structures – NATO and the EU are in decline (Trump/Brexit/Erdogan helping these along), likely terminal now, and the fear of Western encroachment on Russia is no longer a real threat at least in Putin's mindset. With a weakened threat from the West – even the real chance, post this year’s US elections and a second Trump term, of re-approachment with the US/West – Putin can take more risks/chances on the economy front. Fortress Russia is no longer essential – with CBR FX reserves back over $500bn, the Fortress is perhaps seen as impenetrable even from Western sanctions. I would conjecture that Putin thinks that some modest fiscal /monetary easing is now in order, and a revamp of the economy team, helps suggest prospects for economic reform, which might help that very re-approachment with the West.

The focus on growth also dovetails with hints of some signs of moderation in geopolitical tensions with the West – seemingly intent on trying to achieve sanctions moderation, important also therein in helping to kick start growth, and to create more of a “feel good” factor around the economy.

Ukraine seems to be centre stage in this “out-reach” by Putin to the West. Already therein there has been some moderation by Moscow towards the Zelenskiy presidency in Ukraine – release of detained sailors, broader prisoner swaps, Normandy format meeting restart, and then the payment of the $2.9bn Stockholm arbitration ruling against Gazprom to Ukraine.

The demotion of the hawk Vladislav Surkov from the post of Russian special representative to talks with Ukraine, and his replacement by the deal making Dmitri Kozak – the person that Putin tends to rely more on “to get things done” would suggest that Putin wants to move on from Ukraine, and is perhaps more willing to compromise than Surkov felt comfortable with.

Perhaps even Putin thinks giving Trump a win on Ukraine could help Trump’s re-election – albeit maybe Putin failed to listen, or believe, US Secretary of State Mike Pompeo, who allegedly snapped at a US reporter this week that Americans don’t give a damn (or expletives to that effect) about Ukraine – Venezuela more likely would be a meaningful win for Trump and the GOP. Its even possible to imagine that Putin could compromise allowing Ukraine control over its borders before votes are held in DPR and LPR –, which would also be a big win for Zelenskiy.

But for whatever reason – Putin seems to be of the view that Zelenskiy is someone who is less of a threat than former President Poroshenko, and whom he can do business with – maybe this reflects re-approachment also by some of those around Zelenskiy with Moscow, including the likes of Kolomoisky. Perhaps it reflects less of a concern about Ukraine’s potential entry into NATO and the EU – with the assumption in Moscow that these entities are in decline anyway, and Ukraine’s membership of these (however unlikely still) no longer moves the dial in terms of Russia’s geopolitical setting.

On the specific rejig of the government, I think in the Kremlin this reflects a refocusing on the transition in Putin's management role, but also a refocusing on the need for a revamp of Russia’s economic settings. Partly I think this reflects recognition that the existing “stagnation” settings are not really sustainable – and are driving the brain drain/long term decline of Russia.

All that said, in terms of the change in the economic settings, I am not sure that appointing Mikhail Mishustin represents much of a gamble or change for that matter. Mishustin is a safe pair of hands. A trusted technocrat, but with a “siloviki” wrap. As head of the tax service, and a cyber geek, Mishustin will have mixed with the security service types on a regular basis. And he is respected for delivering improved tax take – using IT/surveillance. He is absolutely trusted by Putin – and likely would tick many of the boxes for Putin looking to hire a new CEO for Russia inc, still to serve under the gaze of Chairman Putin.

True, the shift of Oreshkin from ministry of economy, and replacement by Belousov to first deputy PM role for the economy, means that this will be a new pro-growth agenda. Belousov believes in looser fiscal and monetary policy. There will be more spending for sure. But herein there are deep seated questions about the effectiveness of any such spending – indeed this is what held back the MOF under Siluvanov previously from spending when given the signal from Putin.

Indeed, I would not expect a huge fiscal splurge: First, as noted, the prudent fiscal culture runs very deep across the Russian government and will be hard to change. Herein, past experiences where Russia opened the floodgates to spending – as per the $50bn Sochi Olympics, did not end particularly well. And I think institutional memory will be a drag constraining spending.

Second, hiring a tax man to “spend, spend, spend” does not really square the circle. His inherent bias likely will be cautious/prudent, albeit he proved efficient at raising taxes and perhaps Putin hired him with the assumption that the same efficiency zeal might just translate into spending.

Third, I think the Putin regime will still have an eye on the US elections, and fears therein that a win by the Democrats, would return US – Russia relations to default settings, and a required return then to Fortress Russia economic settings. The latter suggests a modest pre-positioning for fiscal loosening – getting the wheels in motion through 2020, ready perhaps for this to step up, after the US elections, and then in the run up to any referendum on Russian constitutional changes. But any fiscal impetus for 2020 is unlikely to be much over the equivalent of 1% of GDP.

Big risk factor herein to all this is US elections – if the Democrats win, I think Putin goes back to default settings of Fortress Russia. Actually I think US elections is one reason why any fiscal easing we are likely to see this year will be contained. Putin is cautious, conservative by nature. He will gradually ease policy through to US elections, but if Trump wins we might see then a further step up in the focus on growth/stimulus.

MACRO ADVISORY: Buckle up, August is coming
3 days ago
COMMENT: Why has China’s foreign minister spent three days in Damascus? Probably not having trade discussions
6 days ago
HOMANS: Putin's Epistle to the Ukrainians
11 days ago
Perspectives | Blame it on Russia? The danger of geopolitical takes on Georgia’s far right
18 days ago
COMMENT: Uzbekistan will have to host Afghan refugees in the near future
18 days ago